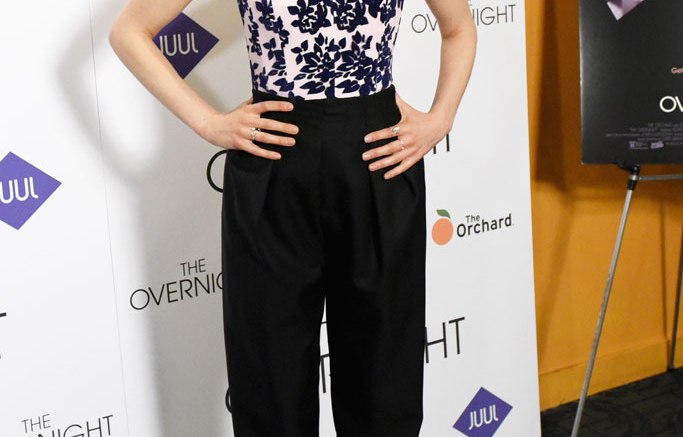 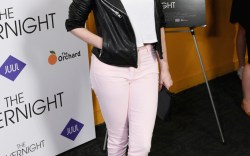 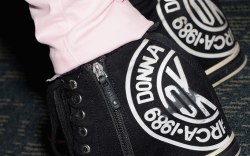 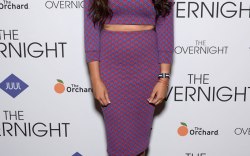 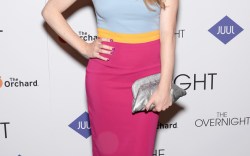 Taylor Schilling is out of prison and in Christian Louboutin pumps. The “Orange Is The New Black” star was out in New York City last night for the premiere of her film, “The Overnight.”

Even off-set, the star travels with her inmate pals. Many fellow cast members were on hand to show their support, including Jackie Cruz (Flaca) in a blue platforms, Diane Guerrero (Maritza) in nude shoes and Laura Gomez (Blanca) in pointy-toe black flats.

Rose McGowan also made an appearance and had a major shoe moment at the Sunshine Landmark venue. She sported wedge sneakers by Donna Karan/DKNY.

The film, out today, also stars Adam Scott as the Schilling character’s husband. The family is new to Los Angeles, where they meet an “interesting” family and become friends, according to IMDB.

Schilling has an impressive shoe collection off-set. Most recently, she has been spotted in everything from Manolo Blahnik to Ralph Lauren to Casadei and Schutz.

Click through the gallery to get a better look at the standout celebrity shoes from the event.

Have a favorite star and digging their style? Tell us @Footwearnews.