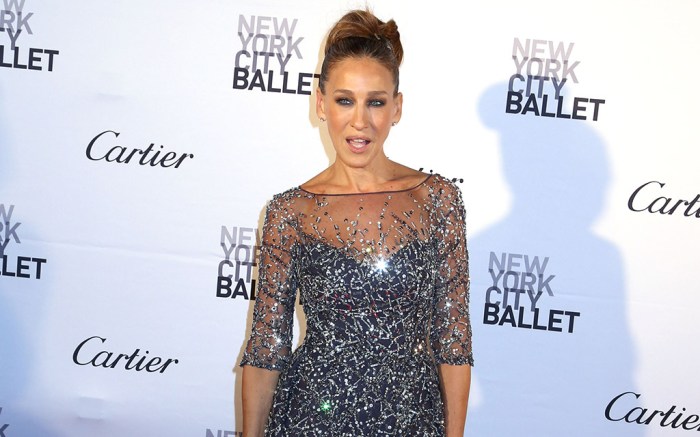 Sarah Jessica Parker has a lot to celebrate — today is her birthday, and just last month she celebrated the 2 year anniversary for her shoe brand SJP Collection.

If shoe lovers had an icon, it very well might be Sarah Jessica Parker. She did after all play Carrie Bradshaw on “Sex and the City,” who made unadulterated love for shoes seem not only normal, but cool. And like a true shoe icon, Parker joined the footwear world as a designer last year with the launch of her own line SJP Collection.

There are many things to be said about the shoe style of Parker, but maybe the biggest is that she consistently makes bold choices when she’s out and about. Whether she’s wearing python printed pumps or trying on a daring lace-up bootie, Parker is almost always ahead of the trends, and almost always forging them herself.

Among her standout shoe moments was her artful velvet thigh-high boots for the Met ball in 2013 celebrating the opening of the “Punk: Chaos to Couture exhibit.” While everyone was looking at her sculptural mohawk headpiece by Philip Treacy, all we saw were serious statement shoes. The tartan velvet boots by Christian Louboutin were the true punk in our eyes.

It took nearly 10 years after the end of “Sex and the City,” for Parker to arrive in the shoe business, but when she did, she arrived with style. Parker has always been her brand’s best asset. She believes in her designs, the construction, the premium materials. She is always spotted wearing SJP Collection shoes – From her early Nordstrom tour to promote the brand, through to fashion week appearances, events and even her off-duty style.

In the past year the collection has celebrated major milestones – from winning the FN Achievement Award for Launch of the Year to her first runway collaboration in February with Tome.

We take a look back at footwear’s leading lady and celebrate how her shoe style has evolved over the years.

Though one thing remains the same: SJP always surprises us.