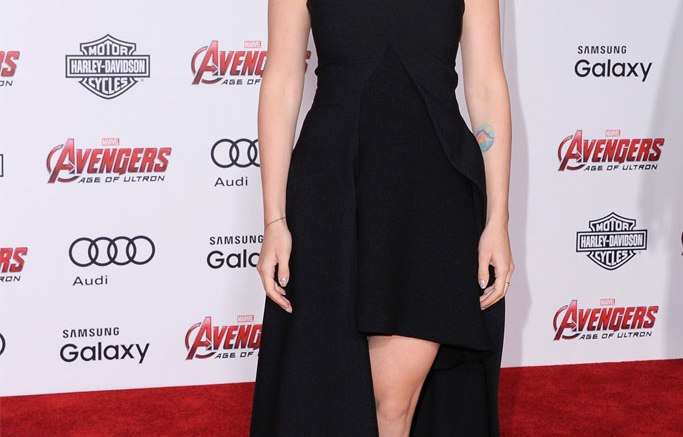 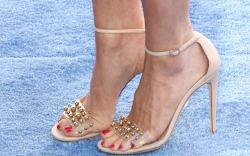 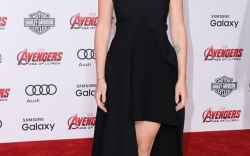 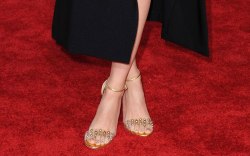 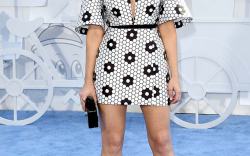 The designs of Jerome C. Rousseau have been on our radar for years. In recent months, however, we’ve noticed an increase in the number of celebrities choosing his designs for red carpet events, movie premieres and even off-duty wear.

From Brittney Snow and Holland Roden at the recent MTV Movie Awards to Scarlett Johannson — who’s featured in our Celebrity Statement Shoe Style gallery — the list of stars opting for Rousseau’s standout styles is growing longer and longer.

“I am a shoe designer for one reason: When I was a teenager, obsessed with music, I loved a band called Deee-Lite. They were inspired by ’70s disco, but I didn’t know those references when I was 12 years old. The first time I saw platform shoes, including men wearing them in the band’s music video, I fell in love with those shoes. I started drawing retro platform shoes in my high school classes. That moment and video clip changed my life.”

Rousseau’s nude embellished sandals have been seen recently on both Snow and Johannson, while his Flicker and Karma pumps in various hues have also proved a popular choice due to their classic yet modern style with distinctive thorn-silhouette heel.

Click on the slideshow for a look at all the celebs donning Rousseau’s designs.