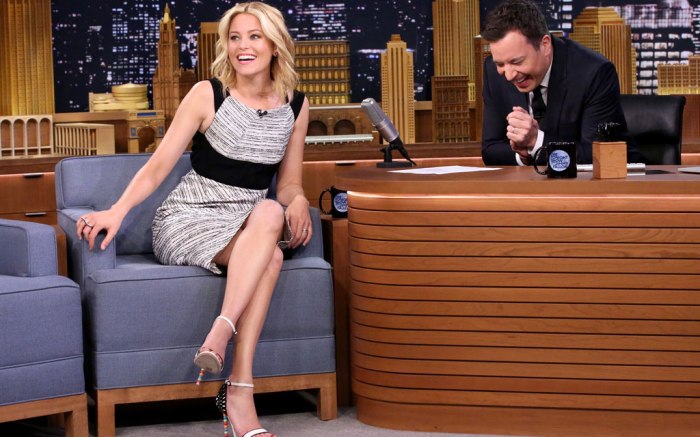 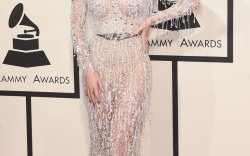 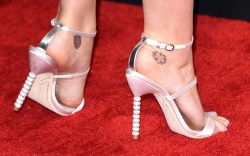 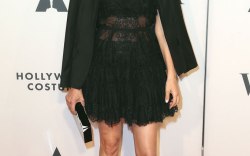 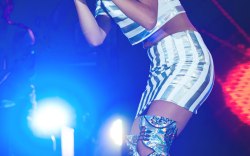 The latest footwear designer favored by celebrities is all about quirky, unexpected designs. London-based Sophia Webster has seen her whimsical shoes appear on a plethora of celebs recently, from Blake Lively to Lupita Nyong’o.

Because of their ability to stand out on the red carpet, Webster’s playful styles have been embraced by celebrities and stylists alike.

One memorable moment: Katy Perry at the 2015 Grammy Awards in a stiletto sandal with crystal-beaded heel.

And Blake Lively recently took to Instagram with a pic of her new Sophia Websters, which featured floral appliqué.

More theatrical styles from Webster have made on-stage appearances, with artists favoring the eye-catching shoes for performances.

Jennifer Lopez wore the designer’s lace-up cage boots — with a stiletto heel, no less — for her performance at the 2014 Hollywood Bowl.

Rita Ora wore holographic thigh-high boots to the 2013 V Festival and also appeared in a Coca-Cola-print pump by Webster for a photo call for the beverage’s 100th anniversary, celebrating its iconic contour bottle.

While Webster’s shoes demand a certain bold style to pull them off, we at FN hope that more conservatively dressed celebs, like Reese Witherspoon or Jennifer Aniston, will soon sport the designer’s wares — the risk often pays off.

For more celebs wearing Sophia Webster, click through our gallery.