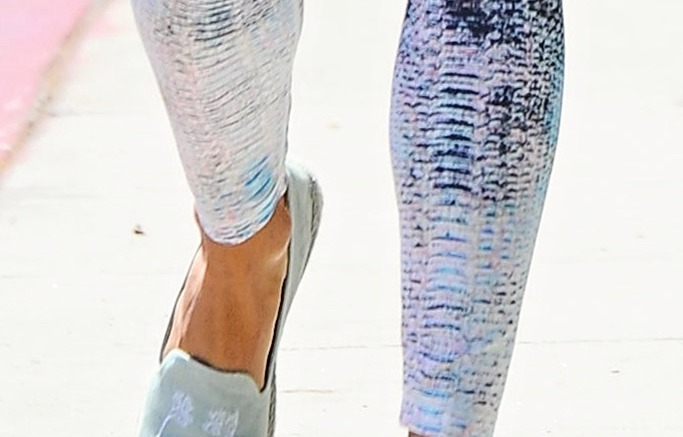 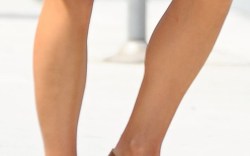 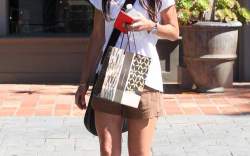 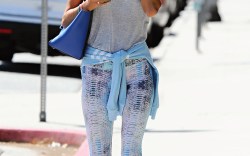 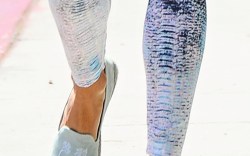 Espadrilles have long been a favorite shoe for summer. Originating in Spain hundreds of years ago, the lightweight shoes are usually made with canvas and a jute rope sole.

These days, New York–based brand Soludos is the go-to label for classic espadrilles with a trendy edge. The formula has appealed to high-profile celebrities as an easy off-duty shoe.

Actress Jordana Brewster has been spotted a handful of times wearing Soludos, including the leather-platform smoking slipper in tan. She’s paired the shoes with casual summer outfits including denim shorts.

Model Alessandra Ambrosio is also a fan of the shoes for her post-workout looks. She’s been seen twice wearing bright printed leggings paired with the perforated-leather smoking slippers in white and a custom pair emblazoned with her nickname, “Ale.”

Actress Michelle Rodriguez chose a black pair to go with her all-black ensemble.

Soludos founder Nick Brown tells FN he believes celebrities are drawn to the shoes because they’re a classic style that is “a great match for effortless chic celebrity style and makes the perfect traveling shoe.”

“It’s always nice to have friends in Hollywood,” says Brown. “And it’s so exciting to see some of the coolest trendsetting actresses choosing to wear Soludos as they run around town.”

Who’s the celebrity Brown would still like to see in Soludos?

“We’re huge fans of Karlie Kloss’ style,” he says. “We’d love to see her strolling the streets of NYC in a pair of Soludos.”

Click through the gallery to see celebrities in a variety of Soludos styles.