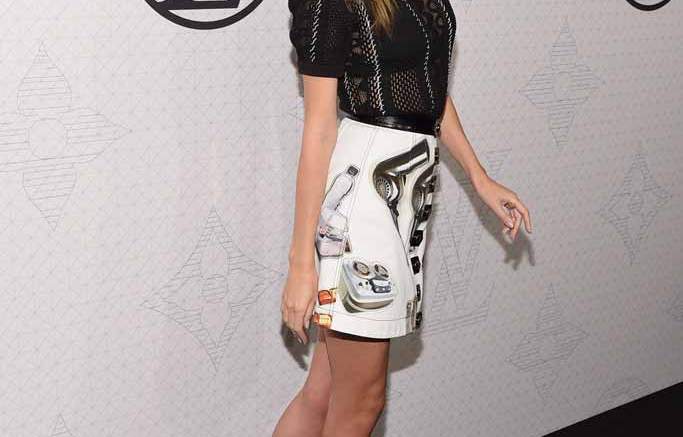 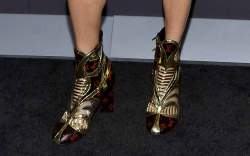 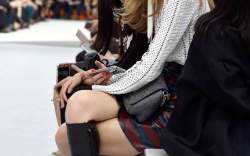 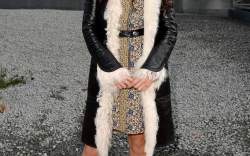 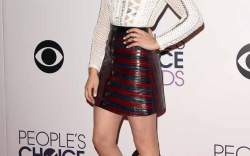 Today marks what would be Louis Vuitton’s birthday. The French businessman was born in 1821 and founded his eponymous leather-goods maker in 1854 in Paris.

The company has grown into one of the world’s most recognizable designer brands, thanks to its signature monogram printed all over its products. In 2014, Louis Vuitton celebrated its 160th anniversary, and in the same year, the company posted revenue of €30.6 billion (about $33 billion).

What began as a modest trunk-packing shop is now part of the LVMH conglomerate, which is headed by Bernard Arnault. LMVH also owns luxury brands Celine, Berluti, Donna Karan, Marc Jacobs, Givenchy, Fendi and others.

Celebrities favor the label’s footwear for appearances ranging from the red carpet to runway shows. Louis Vuitton’s Series 3 campaign for fall ’15 stars actress Jennifer Connelly, who has walked the red carpet in the label’s booties and heels.

Julianne Moore has also worn the label for a handful of red carpet appearances, including one in which she wore booties with an allover LV monogram print, which she paired with bold knitted tights. Models Miranda Kerr and Riley Keough have worn the brand’s denim Swinging Half Boot.

Click through the gallery to see more celebrities in Louis Vuitton footwear.