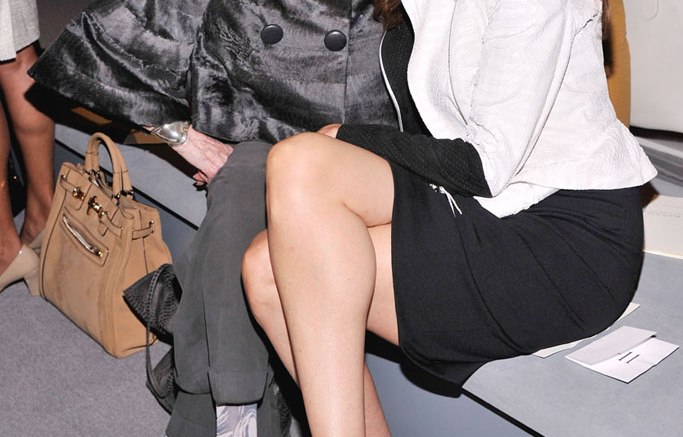 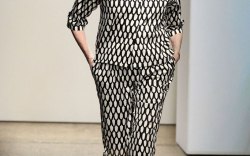 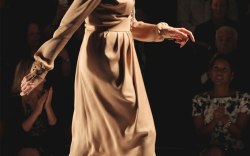 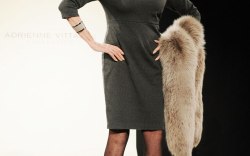 The 83-year-old super model is featured on the cover of the month’s issue of New You magazine. And, she continues to strut down catwalks around the world, most recently seen during Singapore’s Digital Fashion Week.

While Dell’Orefice continues to slip into a pair of sexy footnotes for a photo shoot, such as the black pointy-toe heels she’s wearing in New You, she’s also has her more private comfort moments. She was spotted at the fall ’14 Mercedes-Benz Fashion Week in New York, in the front row of the Dennis Basso show with fellow super model Carol Alt — in a pair of sensible brown leather flats to coordinate with abstract patterned socks, part of the man-tailored trend in footwear.

She’s also gracefully stepped into some comfort footnotes on the runway. In the spring ’13 Marimekko show during Mercedes-Benz Fashion Week, she wore a pair of pretty, but practical, printed canvas sneakers that coordinated with a pair of clam diggers and matching cropped top, signatures of the brand’s whimsical, casual looks.

For the Norisol Ferrari spring ’13 show, however, the model gracefully showed off a pair of mid-heel stripy gold sandals that worked with a flowing gown from the designer. She also took on a bit more height in the fall 2011 Adrienne Vittadini runway show, where she wore a pair of simple black high heel pumps, finishing off a classic knee-length black dress.

Dell’Orefice came onto the fashion scene in the 1940s. She was spotted at the age of 13 while riding a bus to ballet class, where the wife of photographer Herman Landschoff took notice of her. In 1946, her godfather introduced her to editors at Vogue, where she signed a modeling contract, appearing on the covers of the magazine in 1946 and 1948.

After a career with some ups and downs, she retired from modeling in 1958. She returned in 1978 and in the 1990s and 2000s she modeled for Isaac Mizrahi clothing line at Target as well as in ad campaigns for Rolex.

She continues to be featured in recent editorials that include a Vanity Fair feature in 2014 and a 2013 Harper’s Bazaar story that included younger rivals Scarlett Johansson and Dakota Fanning.