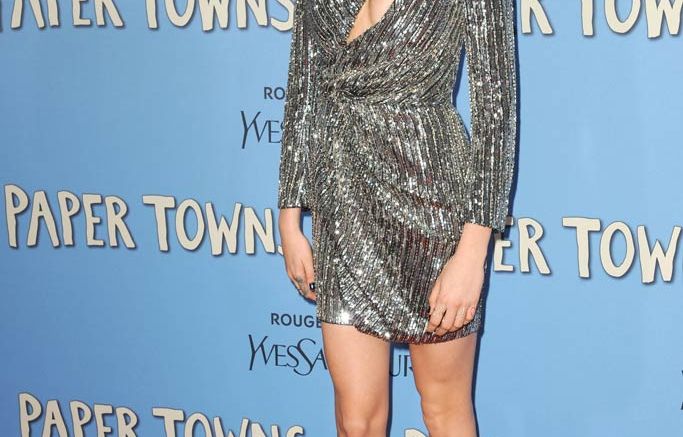 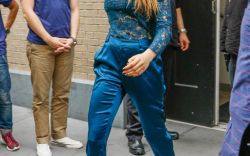 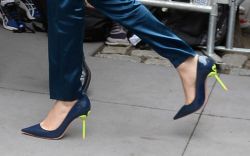 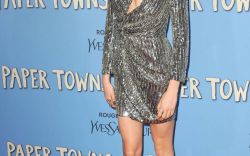 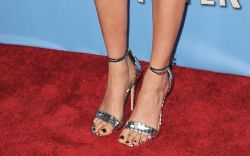 Cara Delevingne has been on a whirlwind international press tour to promote her new movie “Paper Towns,” based on the novel by best-selling author John Green.

The movie, which premieres in the U.S. on July 24, has taken Delevingne from Sydney to Paris to Madrid. For her red carpet appearances, Delevingne has opted for plenty of statement shoes, often paired with short dresses, allowing them to stand out on the red carpet.

After appearances in Los Angeles, Delevingne is hitting New York for several events. On Tuesday, she wore navy Sophia Webster Coco Flamingo pumps with a neon yellow heel peeking out for an event at the Apple store in SoHo. Later in the evening she hit the red carpet for the New York premiere of “Paper Towns” in a Saint Laurent long sleeve silver mini dress with silver Alejandra G sandals.

Last weekend, Delevingne chose a head-to-toe Alexandre Vauthier look from the designer’s fall ’15 couture collection for a special screening of the movie. She paired the skirt and top with a red fringe belt and wrap sandals with gold hardware and a feather tassel. Model Iza Goulart wore the same pair in black for the Lancome 80th anniversary celebration in Paris earlier this month. At the same screening, Delevingne’s friend Kendall Jenner chose a bold pair of strappy gold Tom Ford heels.

While in Spain, Delevingne wore Casadei Sheer pumps with a matching crop top-and-shorts ensemble. She wore Sophia Webster Lacey sandals for an appearance on a Spanish television show and again in Los Angeles.

Click through the slideshow below to see more of Delevingne’s looks.