Lupita Nyong’o Steals the Red Carpet at Cannes in Gucci 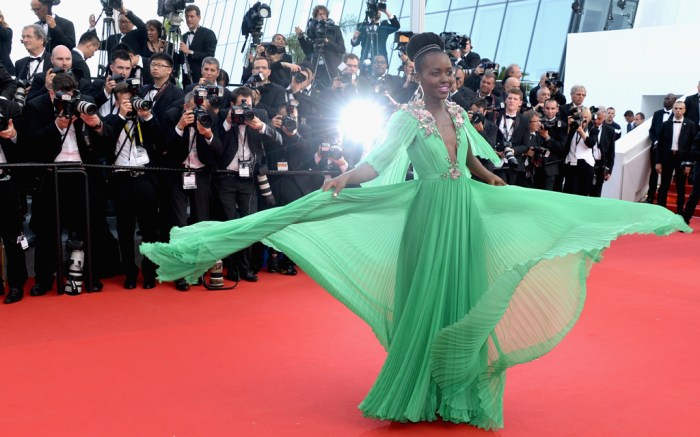 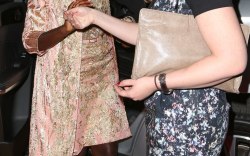 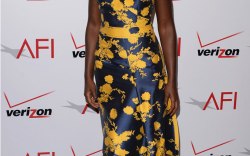 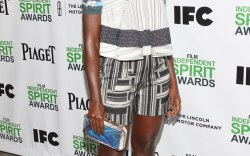 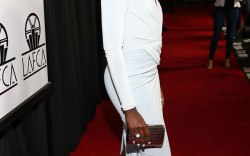 Academy Award-winner Lupita Nyong’o stole the show when she hit the red carpet for the 2015 Cannes Film Festival on Wednesday in a head-to-toe “grasshopper” green Gucci ensemble.

The actress made her debut for the opening ceremony and premiere of “La Tete Haute.” She paired her Gucci gown with green Gucci satin platform sandals and Chopard jewels.

Nyong’o captured photographers’ attention as she spun around in her chiffon dress. She was joined by other fabulous stars, including Julianne Moore, Jake Gyllenhaal, Natalie Portman, Naomi Watts, Karlie Kloss and Bar Refaeli.

Check out who wore what at the 68th Annual Cannes Film Festival here.

Nyong’o’s Gucci gown was definitely the head-turner of the night. She wore a similar statement dress at the 2015 SAG Awards, paired with Sophia Webster shoes.

2014 was Nyong’o’s year. She swept awards season, including an Oscar win for Best Supporting Actress for her performance in “12 Years A Slave.”

As soon as she hit her first red carpet, Nyong’o was on every best-dressed list and is now known not only for her acting but also for her fashion sense.

“What will Lupita wear?” is the question on everyone’s mind for every red carpet event she attends, and luckily for us, her shoes are always a standout.

See her footwear evolution in the gallery above.