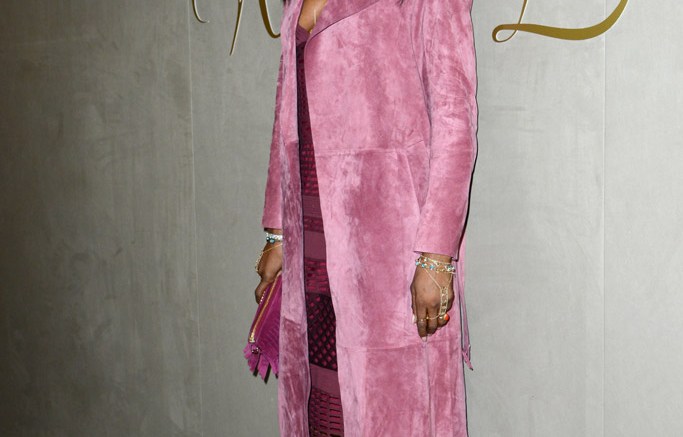 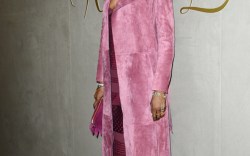 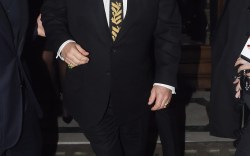 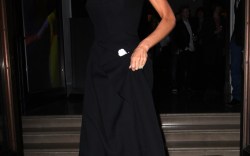 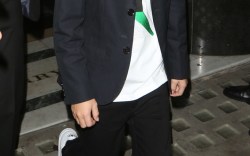 November means it’s holiday season, and Burberry is kicking it off with the premiere of its Festive Film. The video features Romeo Beckham, who starred in last year’s film, as well as other British celebs, including Naomi Campbell, Elton John, Rosie Huntington-Whitely, Michelle Dockery, James Corden, James Bay and Julie Walters.

The video celebrates the 15th anniversary of the 2005 musical, “Billy Elliot,” which Walters starred in and Elton John wrote the score for. Burberry premiered its video at its London Regent Street flagship on Tuesday night.

The musical is all about dance, so the cast of the Festive Film is seen jumping around in head-to-toe Burberry looks. Models Campbell and Huntington-Whitely wear Burberry Prorsum suede fringe booties, which retail for $995. In one shot, we can see a flash of John’s bright red satin dress shoes.

In addition to its holiday videos, Burberry also has a video series called Burberry Acoustic that features musicians doing live acoustic performances specifically for the brand.

Romeo Beckham’s mom, Victoria, and younger brother Cruz were at the party to celebrate with him.

In September, Burberry live-streamed its spring ’16 fashion show, which featured flatform sandals and a caged bootie.

Watch the video below.