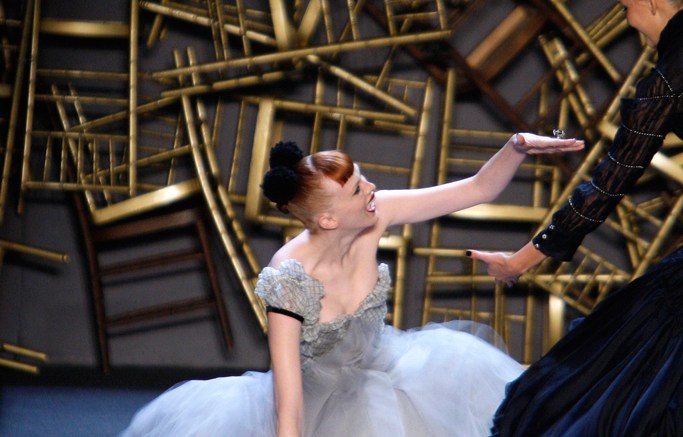 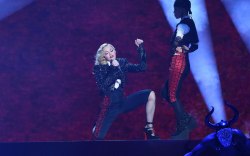 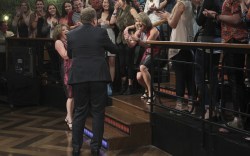 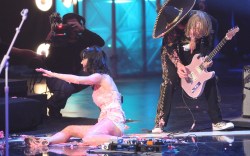 When it comes to shoe malfunctions, the stars really are just like us — they, too, sometimes fall down. Whether it’s on the runway, at awards shows or in concert, high stilettos and slick soles have been known to take out even the coolest celebrity.

In the last couple of months, both Madonna and Ariana Grande have been toppled during big concerts. For the Queen of Pop, it was at the Brit Awards in February when she fell backward down a small staircase, while Grande was undone by a pair of Christian Louboutin boots during her “Honeymoon Tour” in Toronto last month.

Plenty of other performers have faced similar mishaps, from Katy Perry and Lady Gaga to Lil Wayne, Rihanna and even Beyoncé.

Queen Bey’s epic mishap in Orlando in 2007 is one for the record books, actually. She fell headlong down a set of stairs and then kept on rocking the joint. Nothin’ can keep that woman down. Check out the video proof:

Another prime setting for footwear snafus are ready-t0-wear runways, which often showcase new, untested styles that may or may not be in the models’ correct size. So even the best high-fashion models have hit the deck on occasion.

One of the most famous instances was Naomi Campbell’s fall on the Vivienne Westwood runway in 1993 while wearing a pair of ultra-high platform pumps with ribbon lacing. Then there’s Jessica Stam’s face-plant on the Chloe spring ’06 catwalk, which was captured — and widely shared — via YouTube:

But these aren’t the only shoe snafus that have occurred over the years. Click through the slideshow to see more.