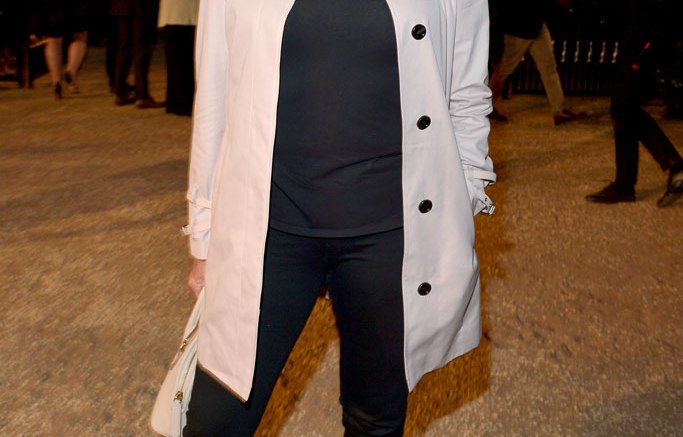 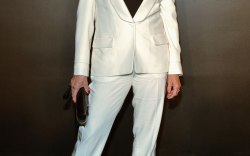 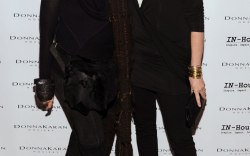 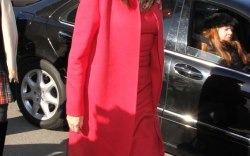 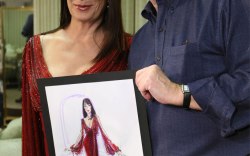 Huston isn’t just the big name you may recognize from “Ever After,” “Smash” or The Adams Family movies, she is also a big face in fashion, and she has been since her first modeling job in the late 1960s. Today you’ll find her in the front row at many fashion week shows, from Tom Ford and Burberry, to Michael Kors. She also attends the Costume Designer Guild Awards often, and almost always in a standout look.

Her statuesque figure and striking features–from her high cheekbones to dark hair–are all part of the Huston package. She often wears feminine clothing and her shoes are almost always a low heeled classic pump. But don’t let this shoe style have you thinking boring: Huston often plays with color and textures on her shoes.

From the 1970s when she was dating Jack Nicholson to the past few years starring on television, what we love about Huston is her full embrace of less-is-more and making traditional mens silhouettes and suits, feel feminine and sultry.

And just in case you can’t get enough, Huston also released her memoir in “A Story Told Lately” which debuted last year.