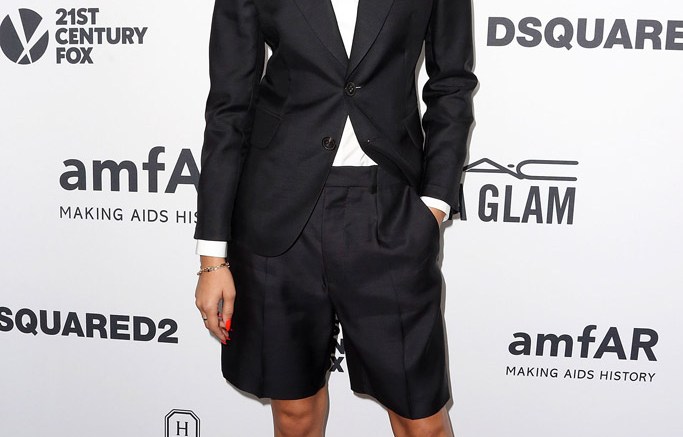 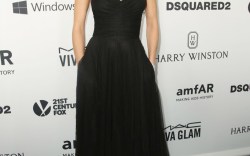 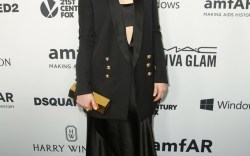 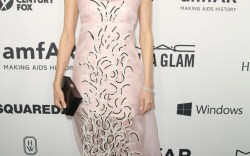 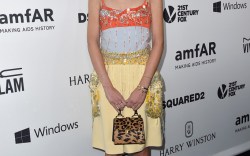 Celebrities turned out on Thursday evening for amfAR’s Inspiration Gala in Los Angeles, which raised more than $3 million for AIDS research and honored writer/director Ryan Murphy, who has been a big supporter of the organization.

The evening featured a performance by Lady Gaga, who plays The Countess on “AHS: Hotel.” During the evening’s auction, Lady Gaga made the winning bid of $200,000 for a photograph of Elizabeth Taylor throwing up a middle finger. Gaga is no stranger to auctions — over the summer, her fiancé, Taylor Kinney, purchased three pairs of Alexander McQueen Armadillo boots for Gaga at a Christie’s auction.

Other stars at the gala includedGwyneth Paltrow, who wore Sophia Webster heels, Jaime King in Rupert Sanderson and Lea Michele in Stuart Weitzman.

Click through the gallery to see more shoe looks from the amfAR Inspiration Gala.