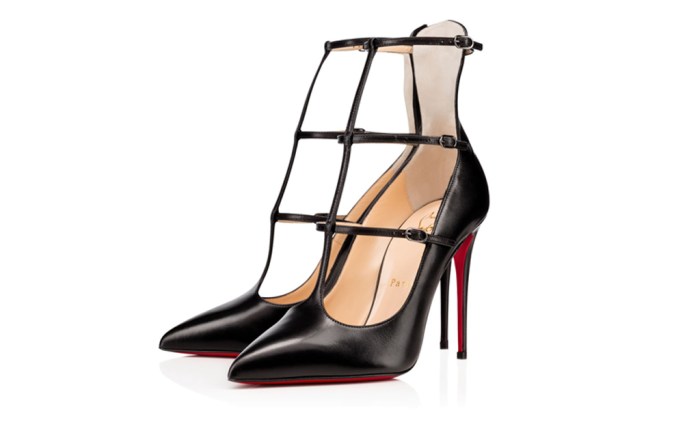 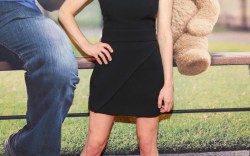 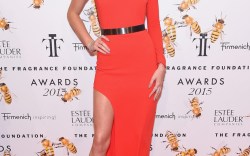 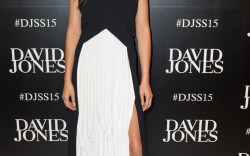 It’s no surprise that yet another celebrity shoe trend stars French designer Christian Louboutin. His fall ’15 collection features the Toerless Muse, which is becoming the latest red carpet go-to style.

Now, Nicki Minaj has taken the style from the red carpet to music. Robin Thicke’s new music video for “Back Together” features Minaj wearing a Dolce & Gabbana floral crop top and cheetah-print skirt and Louboutin’s Toerless Muse heels in red. Minaj posted a clip of the video on Instagram with the hashtag #RedBottoms.”

In June, actress Amanda Seyfried paired the triple T-strap pumps with a Thierry Mugler minidress for the premiere of “Ted 2” in Los Angeles.

Kendall Jenner is also a fan of the style. The model attended the Fragrance Foundation Awards in New York last week in the Louboutin Toerless heels.

Rihanna, the first celebrity to sport the heels on the red carpet, wore them for her show-stopping entrance to the 2015 Met Gala. The singer donned the stylet in standout gold glitter finish.

“Whether I’m more trendy or less trendy [than before], I don’t question myself. I’m excited about my work, and that keeps me going. It’s important that people like what I’m doing, but I don’t necessarily want to evaluate my work through other people’s eyes,” Louboutin told FN in an exclusive interview last year.

Click through the gallery to see more celebs wearing the Toerless Muse style.