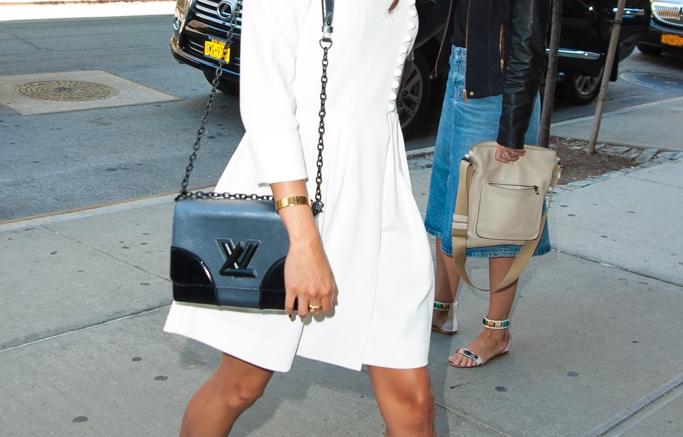 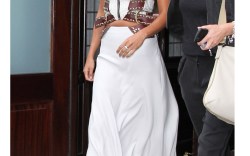 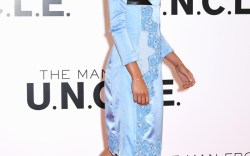 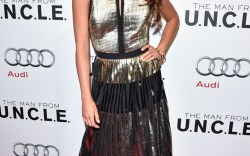 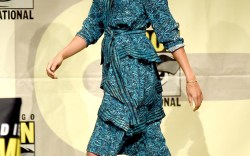 Alicia Vikander is one of the newest faces of Louis Vuitton, and she’s also in Guy Ritchie’s “The Man From U.N.C.L.E.,” which hits theaters this Friday. In the reboot of the 1960s spy TV series, Vikander stars along side Henry Cavill and Armie Hammer, playing female lead Gaby Teller.

Could the Swedish actress be a new “it” girl?

Vikander also stars in the upcoming film “Burnt,” featuring Bradley Cooper, “The Danish Girl” and the next “Bourne” sequel with Matt Damon.

On Monday, Vikander opted for a Louis Vuitton gown and platform sandals at “The Man From U.N.C.L.E.” premiere at the Ziegfeld Theater in New York City. Her best look yet from the promo tour — Jimmy Choo Lance sandals — came during a “Good Morning America” appearance.

Vikander also made a shoe statement in another pair of sandals, at Comic-Con in July, wearing Proenza Schouler.

Check out more of her looks from “The Man From U.N.C.L.E.” promo tour below.