Why Alexander Wang Counts How Many Times He Wears His Yeezys 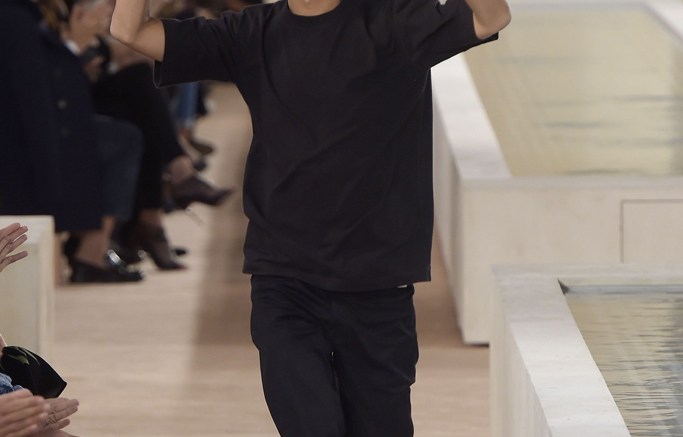 It looks like designer Alexander Wang already has a pair of the new Yeezys set to release on Nov. 14, but Wang didn’t disclose what the next color of the Yeezy Boost 350 will be.

Since the news hit that a new colorway of the Yeezys would drop, it was widely speculated to be beige, but now the Kardashian clan has us thinking otherwise.

Either way, Wang is fan of the Kanye West design, which will receive Footwear News‘ coveted “Shoe of the Year” award at this year’s FN Achievement Awards on Dec. 2.

“Kanye has been very generous in gifting me. I love them. I wear them all the time,” he told Footwear News at the 2015 ACE Awards. “But you’re like, ‘Oh my gosh.’ I’m not very precious with my shoes.  I go anywhere with them, but with the Yeezys, I calculate the number of times I wear them, so I don’t ruin them too quickly. I love all of them. He has an amazing color palette, so it’s too hard to pick a favorite color.”

Last month, Wang showed his final collection for Balenciaga in Paris, closing the show wearing black Yeezy Boost 350s. As for his own designs, he said he has nothing to announce yet, but stay tuned.

Over the weekend, Kourtney Kardashian took to Instagram to show off a pair of Yeezy Boost 350s, and its seems they may be the newest color from Adidas and Kanye West. They’re a lighter gray than the previously released pair, and the sole’s color could indicate that they’ll be glow-in-the-dark. They’re reportedly dubbed “Moonrock.”

Kim Kardashian West also didn’t offer any indication of which color might be the next to drop, but she did post a photo of three pairs of Yeezy 950s and four pairs of Yeezy Boost 350s, including two pairs of 350s that are not yet available.

As fans wait for the much-anticipated release, click through the gallery below to see more celebs sporting the Yeezys.