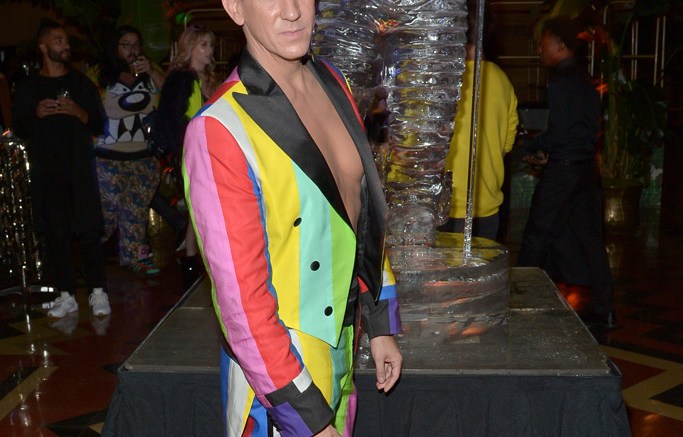 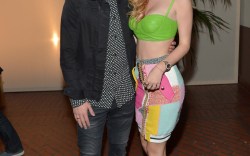 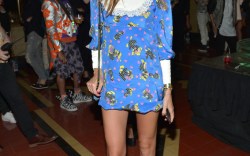 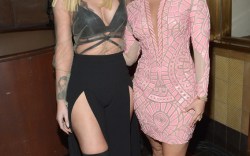 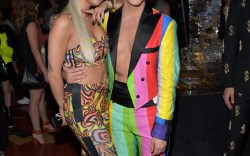 Designer Jeremy Scott continued the celebration after the 2015 MTV Video Music Awards with his very own Jeremy Scott-and-Adidas Originals VMAs after-party on Sunday night at Union Station in Los Angeles.

Scott played a major role in this year’s show by reimagining the iconic Moon Man award in a rainbow of colors and a peace-sign chain necklace, along with his signature Adidas winged shoes. Scott also hosted and designed the ceremony’s pre-show.

I HAD A BLAST LAST NIGHT HOSTING THE #VMA PRE SHOW THANK YOU @MTV FOR LETTING MY IMAGINATION RUN WILD FROM THE MOON MAN TO THE RED CARPET SETS I FOREVER WILL WANT MY MTV !!! 💘📺🎤

Scott often partners with Adidas, so it was only fitting that the two host a VMA after-party. The event brought out Rita Ora, Bella Thorne, Chiara Ferragni, Demi Lovato, Iggy Azalea, Tinashe and more.

Tinashe continued the thigh-high boot trend of the night with a pair of Dior patent leather boots.

Host Miley Cyrus also rocked the thigh-high boot throughout the VMAs — first while walking the red carpet in metallic platform Versace boots, and then on stage in white go-go-inspired Versace thigh-high boots.

See the attendees’ shoe styles at the Jeremy Scott x Adidas VMA after-party in the gallery below.