Shoes On Stage and the Red Carpet at iHeartRadio Music Awards 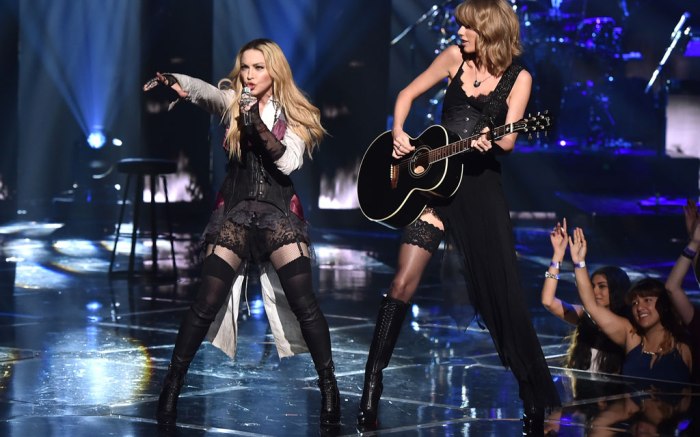 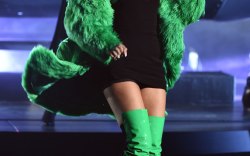 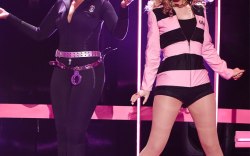 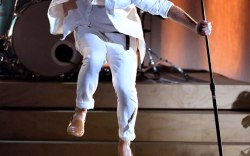 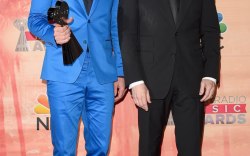 In just its second year, the iHeartRadio Music Awards attracted plenty of splashy names and performances. Jaime Foxx hosted this year’s show, which continued on the path of declaring itself the “People’s Choice” of music award shows — fun, playful and a little irreverent, with winners selected by fans.

Not surprisingly, Taylor Swift took home Artist of the Year, Best Lyrics of the Year and Best Song of the Year. She was also among the best dressed, in a Kaufmanfranco dress and Tamara Mellon heels.

The biggest winner of the night, though, was the stage, which hosted several spectacular shoe moments.

Madonna, who sported Alexander Wang on the red carpet, garnered attention by teaming up with tween and teen magnet Taylor Swift for a performance of her new single, “Ghosttown.”

The move was brilliant, pairing the legend with the new guard. Both ladies appeared in super-high heels and over-the-knee boots, and before the end, the performance was trending on Twitter.

Iggy Azalea and Jennifer Hudson kicked the awards show off by singing their latest single, “Trouble.” While the performance might have raised a few eyebrows for Hudson’s cop-searching-for-on-the-lam-Azalea, the singer’s sneakers were standout.

Other fashion winners of the night included Justin Timberlake, in a blue suit, and Hailee Steinfeld in fall ’15 Dior (Lucite-heeled thigh-high boots included).