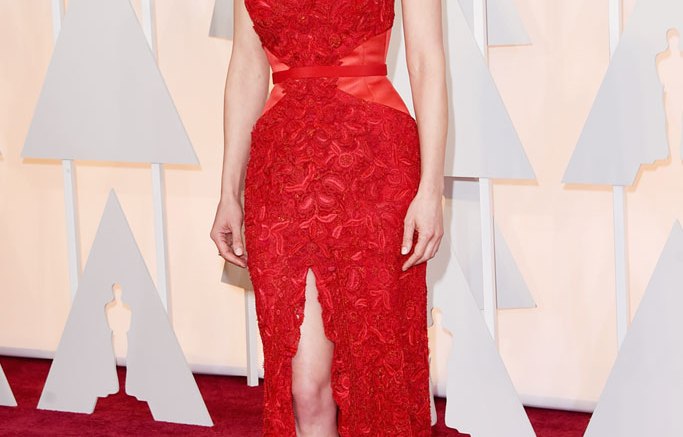 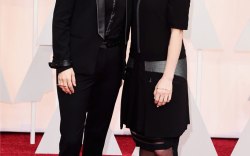 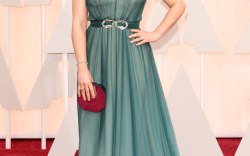 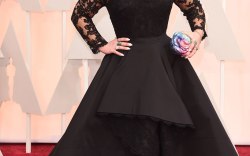 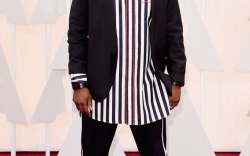 The 2015 Oscars, the grand finale of a marathon lineup of awards ceremonies, did not disappoint in its red carpet offerings, with this year’s leading celebrities opting for dazzling shoes for her and classic laceups for him.

Simple strapped sandals were a trend for the evening. Rosamund Pike opted for a red satin style, while “Fifty Shades of Grey” star Dakota Johnson went for a metallic take and Chrissy Teigen (John Legend’s wife) made a statement in custom-dyed Weitzmans.

For the men, patent lace-up looks dominated, with Adrien Brody and Matthew McConaughey choosing styles by Louboutin. A few suede numbers also made their way to the carpet.

A standout? “The Theory of Everything” star Eddie Redmayne. “He always manages to look so dapper,” Yahoo Style’s Joe Zee said during pre-show coverage.

Tegan and Sara broke from the heeled pack in matching lace-up oxfords. Tegan wore Barbara Bui, a refreshing brand in a sea of major labels.

For all of the most exciting Oscars shoe moments, click through the gallery.

To see all of FN’s awards-show coverage, browse here: