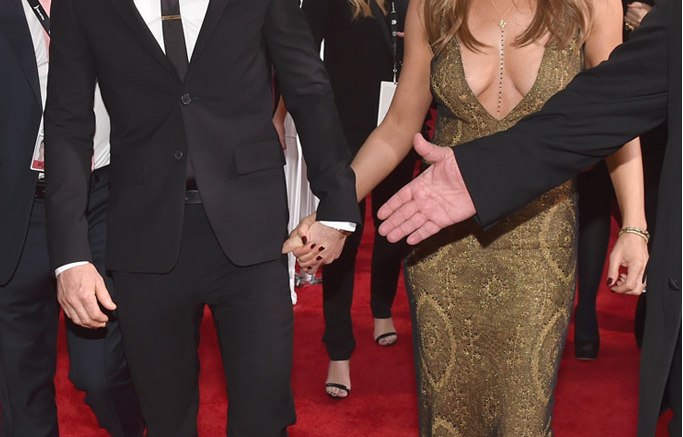 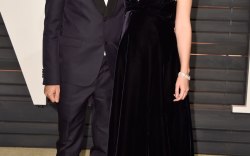 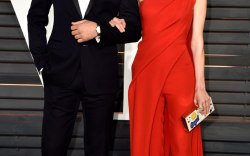 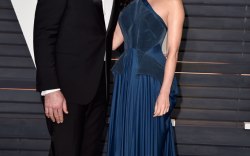 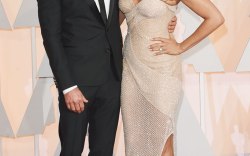 In the race toward the Academy Awards, these stylish twosomes have been turning heads throughout awards season.

Jennifer Aniston and Justin Theroux dazzled, with the actress in Jimmy Choo’s Claudette heels and a vintage John Galliano dress.

Keira Knightley, who arrived on the red carpet with husband James Righton, told E! News that while she won’t wear figure-skimming gowns since becoming pregnant, she will be holding onto another red carpet essential: high heels.

“The shoes are quite high, they may come off later. I can go, ‘Well, I’m pregnant so my shoes have to come off,” Knightley said.

The footwear face-offs started early in January, with John Legend and wife Chrissy Teigen (in Casadei), Channing Tatum and Jenna Dewan (in Stuart Weitzman), George and Amal Clooney (in Dior) and Ben Foster and Robin Wright (in Rene Caovilla) out in front at the Golden Globes. Sure, we applauded Matthew McConaughey and Camila Alves’ coordinated routine — Alves wore Jerome Rousseau — as well as Anna Faris, beside husband Chris Pratt, exuding summer style in Jimmy Choo sandals, but it was only the beginning of the red-carpet parade.

At the Critic’s Choice Awards in mid-January, John Krasinski stole the show when he ran out from backstage to congratulate wife Emily Blunt, who nabbed  Best Actress in an Action Movie. Blunt was also in the spotlight on the red carpet: Both Jimmy Choo and Christian Louboutin claimed they had designed the British actress’ shoes. And Leslie Mann wowed in a knee-skimming Reem Acra frock that highlighted her Burak Uyan statement heels. Mann’s strappy shoes were offset by husband Judd Apatow’s slick black laceups.

Although many believed Jennifer Aniston was snubbed by the Academy Awards this year, the “Cake” star, along with fiancé Justin Theroux, sizzled at the Critic’s Choice Awards, where the actress opted for Louboutin’s d’Orsay pumps to complement her scarlet suit.

Check out Kraskinski’s enthusiasm for his wife around the one-minute mark:

Who was your favorite couple of the night? Let us know @Footwearnews

Shoe Highlights from the 2015 Awards Season