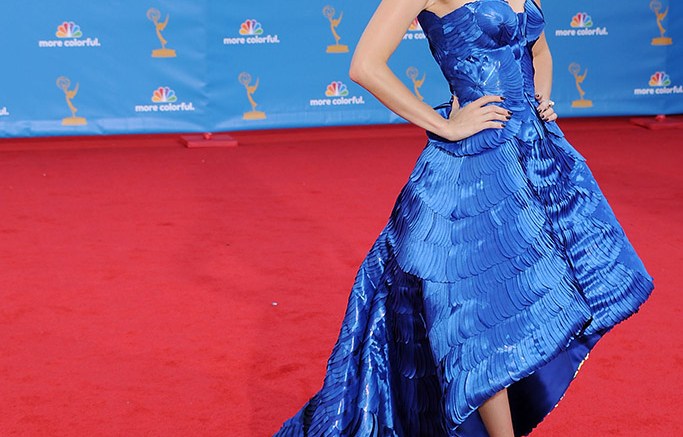 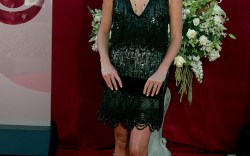 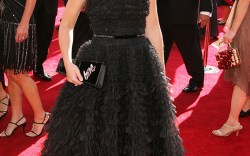 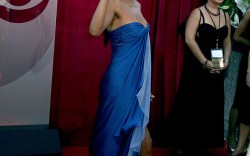 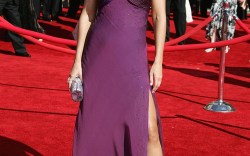 The 2016 Emmy Awards are taking place this Sunday, and while entertainment heavy hitters will be battling it out in the drama and comedy categories, Footwear News will be watching the Emmys red carpet to see who takes the title for best celebrity fashion and shoe style.

In years past, the casts of “Desperate Housewives,” “Modern Family,” “Sex and the City,”  “Mad Men” and “Glee” made serious shoe statements.

Many TV stars opt for a full-length gown, making it hard to see their shoes, but Kate Mara had the right idea in 2014 when she was nominated for Outstanding Guest Actress in a Drama Series. The high-low dress allowed the “House of Cards” actor to show off her Charlotte Olympia Pomeline ankle-strap sandals. She’d worn the same Charlotte Olympia shoes to the  2013 Emmys.

Heidi Klum is another Charlotte Olympia fan and frequent Emmy-goer. Her hit show “Project Runway” has been nominated 38 times and has won two Emmys. This year, the reality competition show snagged four noms. Back in 2012, Klum had one of her best red carpet looks yet — a high-slit sky blue Alexandre Vauthier Couture gown, paired with matching Charlotte Olympia sandals.

This year as always, the nominees are sure to bring show-stopping looks to the red carpet. Taraji P. Henson of “Empire” is up against Viola Davis in “How to Get Away with Murder.” If either of them wins, Henson or Davis will become the first African-American woman to win the award for Best Actress in Drama Series.

Since stepping into the role of Cookie Lyon in “Empire,” Henson has amped her shoe game. Most recently, Henson wowed in Tom Ford heels and an Emanuel Ungaro dress for the premiere screening of “Empire,” and she also made her mark at this summer’s TCA tour in Alaia sandals.

Andy Samberg is set to host the Emmy Awards live on Fox at 8 p.m. EDT.

In the meantime, take a look back at some of the most memorable celebrity red carpet shoes from the past decade.