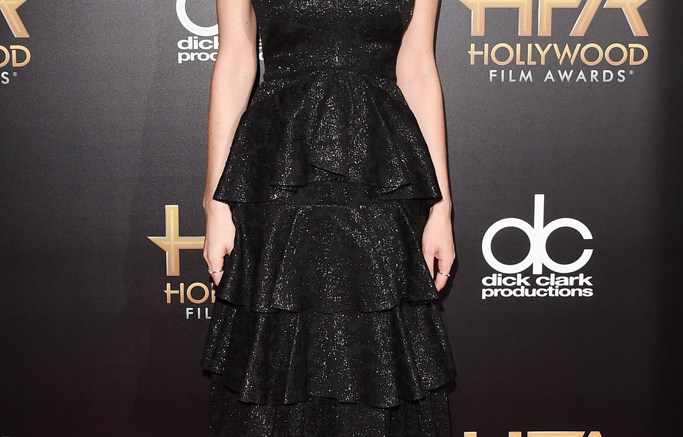 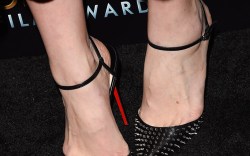 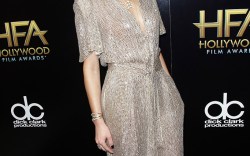 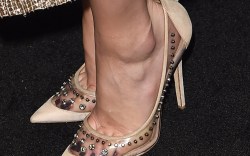 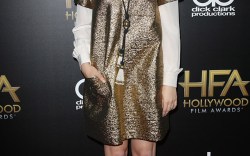 Hollywood came out in full force for the 19th annual Hollywood Film Awards in Beverly Hills on Sunday night to honor this year’s most-buzzed-about movies. The red carpet did not disappoint, bringing out the film industry’s best-dressed, including standout shoe looks from Carey Mulligan, Amber Heard and Dakota Johnson.

Mulligan was on hand in Christian Louboutin spring ’16 Baila heels to accept the Best Actress Award for her role in “Suffragette.”

Other big winners of the night were Amy Schumer, who took home the Comedy Award for her film “Trainwreck,” Will Smith for his role in “Concussion,” and Breakout Actress award winner Alicia Vikander for “The Danish Girl.”

Vikander’s fame is steadily rising, with roles in “The Man From U.N.C.L.E.,” “Burnt,” and the next “Bourne” sequel with Matt Damon. The Swedish actress also joins Michelle Williams as one the faces of Louis Vuitton and wore the designer while receiving her honor at the Hollywood Film Awards on Sunday.

See who had standout shoe looks in the gallery below.

Sandra Bullock Opts For Stuart Weitzman On ‘The Tonight Show’