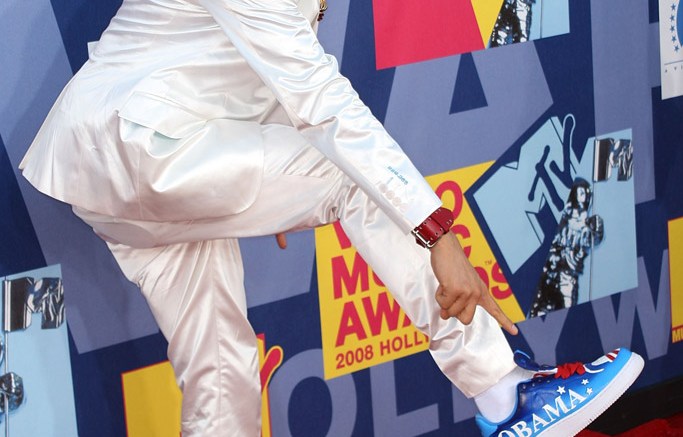 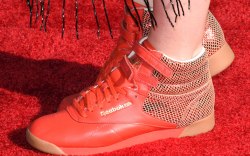 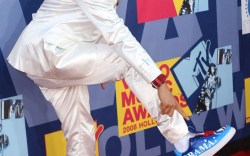 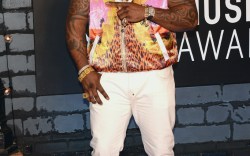 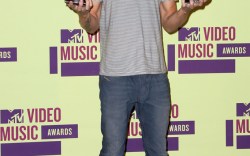 The MTV Video Music Awards are just days away, and in celebration of one of the most-talked-about award shows, from fashion to on-stage antics, FN rounds up standout sneaker looks from years past.

This round, Pharrell Williams will be continuing his year of success by performing on the VMA stage in Los Angeles. The singer, designer and producer is consistently a red carpet hit when it comes to his shoe style. Back in 2006, Williams stood out in a colorful pair of BAPE Roadsta sneakers.

Williams’ sneaker style has since evolved. He often sports his own Adidas Superstar designs, Stan Smith collaborations or his Timberland Bee Line Boots. We can only hope he brings out another custom-designed sneaker for his VMA performance, seeing how he rocked the Grammys stage in custom yellow-and-bedazzled-gold Adidas sneakers in February.

Other 2015 VMA performers include the Weeknd, Macklemore & Ryan Lewis, Tori Kelly, Demi Lovato, Twenty One Pilots and A$Ap Rocky. Kanye West will receive the Michael Jackson Video Vanguard Award, so we will have to wait and see if the rapper takes the stage in the original Yeezy Boost 350 or the recently released all-black edition.

Justin Timberlake received the Vanguard award in 2013 wearing Alejandro Ingelmo sneakers for the occasion. Timberlake is a VMA veteran, performing in 2001, 2002, 2006 and 2013. During his 2013 performance, Timberlake famously reunited with ‘N Sync during his 15-minute medley performance.

Other statement sneaker moments on the VMA red carpet have come from Jason Derulo in 2014 in a pair of silver metallic Giuseppe Zanotti kicks and Chris Brown in Pierre Hardy red reflective running shoes.

Adidas has made many VMA red carpet appearances over the years — Diddy’s show-stopping arrival at the 2004 show in Miami comes to mind. Diddy created quite the spectacle by arriving at the red carpet via top of his mega-yacht, holding a glass of champagne and wearing a white tuxedo paired with black Adidas Superstars.

To see more sneaker moments from past VMAs, click through the gallery below.