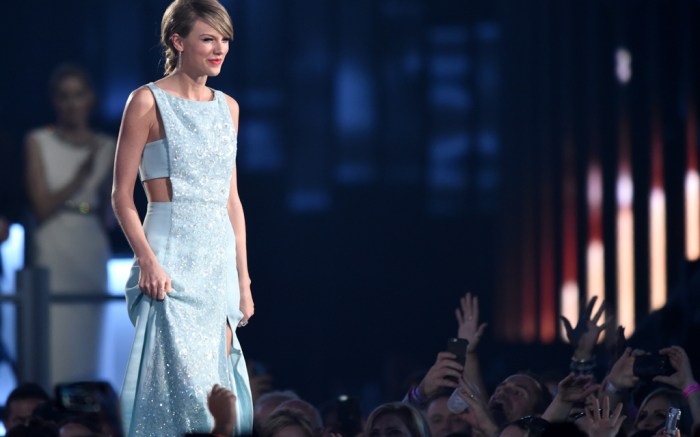 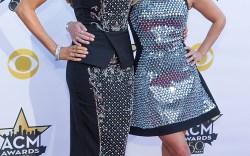 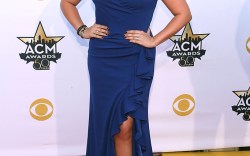 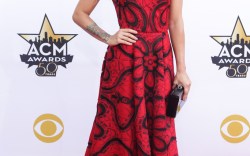 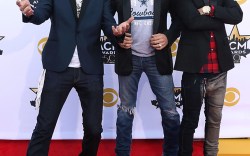 Taylor Swift hit the 2015 Academy of Country Music Awards on Sunday to receive one of the biggest prizes of the night from none other than her mother.  Even though Swift didn’t walk the red carpet, she was arguably the best-dressed, as she accepted the milestone award in Brian Atwood Tribeca platform sandals and a sleek Reem Acra dress.

Her mother, Andrea, gave an emotional speech to honor her daughter.

She said, “I’ve watched this milestone artist since she was a tangle-haired little girl growing up on our farm, full of imagination and creativity, until right now, as she prepares for her next world tour. And ever since then, her favorite thing in the world to do has been to write a song, tell a story, play a guitar or a piano. And I’ve seen those things carry her through every emotion, every experience in her life — good or bad.”

Swift recently revealed the news that her mother is battling cancer.

Other big winners of the night were country superstars Luke Bryan, who hosted the show and took home Entertainer of the Year, and Miranda Lambert.

Lambert showed off her fashion skills on the red carpet, wearing Gianvito Rossi metallic silver Ellipsis pumps. She won multiple awards during music-filled evening, including Top Female Vocalist, Song of the Year and Album of the Year.

McEntire wowed the crowd with a medley of her most popular songs, and Clarkson presented her with the Milestone award.

“I never could have imagined when I was at the ACMs nine years ago, and I yelled backstage to Reba, ‘I want to be you when I grow up,’ that one day, we would not only become friends, but in the most crazy twist of fate, she would become my family,” said Clarkson. “So basically what I’m saying here, people, is that I have the coolest mother-in-law, and you all can suck it!”

To see the best red carpet looks of the night, click through the gallery.