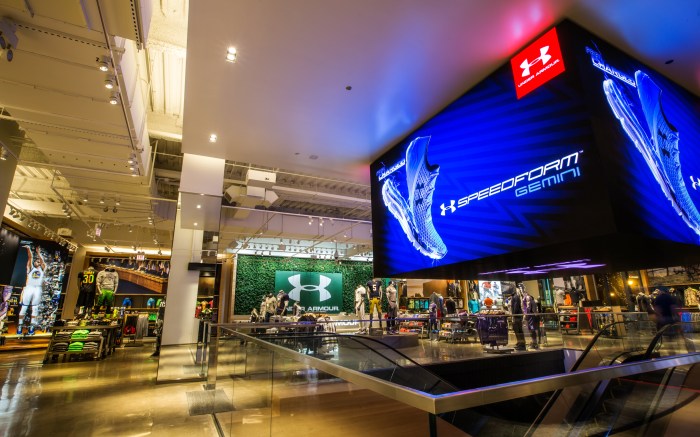 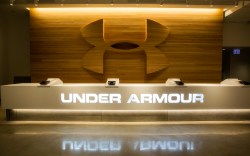 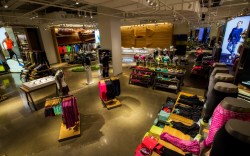 There are sports rivalries — and then there are athletic retail rivalries. Under Armour, which has been chipping away at competitor Nike, took another step closer today by opening a 30,000-sq.-ft. store on Chicago’s Magnificent Mile. The store is blocks away from Nike’s outpost.

Under Armour has been opening branded stores in key cities for the last few years, most notably in Soho New York, McLean, Va., and Baltimore, its corporate backyard

“Opening a Brand House on Chicago’s Magnificent Mile allows us to establish Under Armour’s presence in one of the most vibrant and iconic shopping destinations around the globe,” Susie McCabe, SVP of global retail, said in a statement. “The Under Armour Chicago Brand House will be our largest retail location in the world, highlighting our commitment to innovation, while providing consumers with an elevated experience when shopping for apparel and footwear, as well as digital devices and wearables.”

The store, which spans two floors, will also be the first Under Armour location to sell footwear and apparel for hunting and fishing. It also comes replete with the latest technologies, including a five-sided video screen, an area to test how high you can jump and a dedicated area dedicated to the latest in wearables.

The company’s wearables-bar will showcase to consumers top activity trackers and sports watches from key brands such as Garmin, Pebble and Misfit.

Under Armour founder Kevin Plank has been making a bigger push into the technology arena, having purchased MapMyFitness Inc. for $150 million in 2013. In fact, he’s become the company’s crusader in chief of r good health.

He told Footwear News in an interview at his headquarters last year that he would offer consumers more ways to get information on their bodies.

“You can pull up your bank balance on your phone, you can pull up stock prices, you can find out how much gas and oil your car needs. But when you see a doctor every 12 or 18 months, they pull out a manila folder, ask how you feel and you’re thinking, the most valuable asset I have in life is my health and you have no data on it whatsoever other than when I was here last?” said Plank. “We also believe obesity and health is a massive issue for the world. And the next big category is going to be proactive health and medicine. Right now we have no information about our bodies, unless you’re a diabetic drawing blood three times a day.”

The Chicago store, meanwhile, also pays tribute to some hometown teams, with special sections devoted to the Chicago Cubs and the University of Notre Dame.