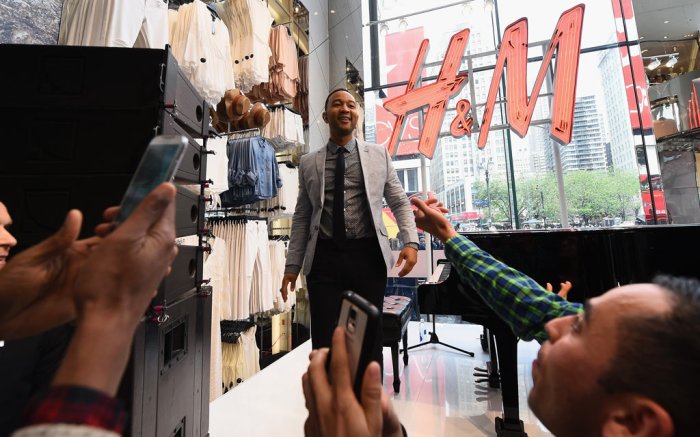 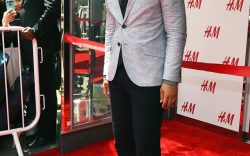 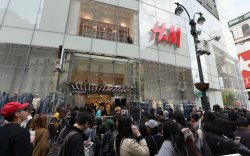 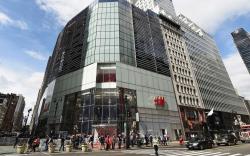 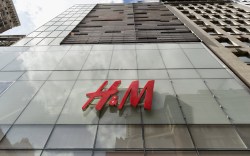 Fast-fashion phenom H&M unveiled its largest retail outpost yesterday, drawing more than 1,500 shoppers to check out its new digs at 1 Herald Square in New York. And they might also have showed for another reason, too.

Grammy-winning singer John Legend held a concert inside the store, and hosted meet-and-greets with 20 of the lucky guests. In a statement, the songwriter said, “Only in New York City do we have the largest H&M store in the world. I’m so honored to be a part of this special celebration for the brand and my city.”

The new flagship, which measures 63,000 square feet, has a prime location in one of the city’s busiest shopping districts. It wraps around 33rd Street, 34th Street and 6th Avenue, and is situated across the street from the famed Macy’s Herald Square store. At night, H&M announces its presence in a dramatic way, with a custom LCD illuminated storefront that can be seen from several blocks away.

Inside are four floors of H&M products in almost every possible category, from men’s and women’s apparel, maternity wear and kids’ products to homegoods and cosmetics. Then there’s the shoe department, which is the company’s largest (so far) and offers footwear for both men and women.

“Herald Square is one of the most dynamic shopping destinations in the world,” Daniel Kulle, U.S. president for H&M, said in a statement.  “It’s a significant retail hub that draws millions of New Yorkers and international visitors each year, and this new store advances our commitment to job growth and expansion in New York City.”

With this opening, H&M now has roughly a dozen locations in New York. The first flagship, on Fifth Avenue, opened 13 years ago. According to the Swedish retailer, the U.S. remains one of its most important expansion markets.

Click through our slideshow below to explore the new store.