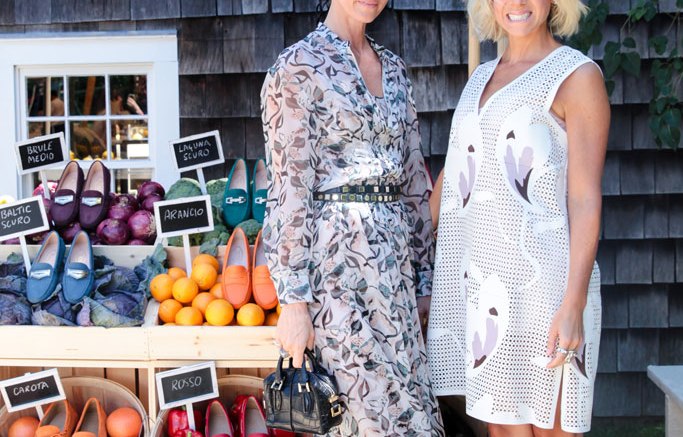 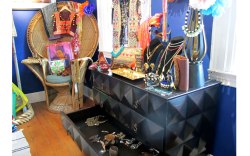 On a cloudy morning in East Hampton, N.Y., last Monday, several groups of shoppers arrived at Shoe Inn, one of the upscale town’s longtime retail destinations.

One woman snapped up some Steve Madden boots, while another was trying to decide between a few different pairs of flats. “It was what I call the perfect shopping day — overcast without rain,” said Billy Lawson, owner of Shoe Inn, which operates stores in East Hampton and Westhampton. “We did four times the amount of business on Monday as we did on Tuesday.”

The weather is always a factor for retailers across the upscale areas of Long Island, and this year is no different. “It’s been too nice,” lamented Gary Dworetz, owner of Sneakerology, also in East Hampton.

Sneakerology, located just off Main Street, also is feeling the impact of the temporary closure of J.Crew around the corner — the space was destroyed by a fire in April. (J.Crew is operating a temporary store on Newtown Lane this summer.) “Their consumer is the right kind of shopper for us,” Dworetz said, noting that his store, which has a tucked-away location, typically draws strong traffic from J.Crew.

Net-a-Porter, which offers same-day delivery in the Hamptons, isn’t affected by many of the weather and traffic challenges that many brick-and-mortar retailers face. And this summer, shoes are among the most popular categories for the e-tailer’s Hamptons consumers, with Balenciaga, Gianvito Rossi and Chloe leading the way, according to Net-a-Porter President Alison Loehnis. “Many of our [New York shoppers] have homes in the Hamptons, so the decision to extend our service to this region three summers ago was an easy one. We are constantly thinking of ways we can elevate the luxury shopping experience and make it more convenient for our customer,” Loehnis said.

Aerin Lauder looked to the Hamptons as a major way to showcase her full lifestyle assortment, while also driving traffic to her online site. “I have grown up going to the Hamptons so was fairly familiar with the customer base there which helps in curating the assortment for the store,” Lauder said. “Aerin Southampton opened as a pop up three summers ago but it has done so well so we decided to keep it open. It is a very successful store but it’s also important to the brand awareness and as a driver to Aerin.com.”

Meanwhile, newer retail names in the Hamptons are generally upbeat, thanks in large part to the buzz they garner from having a presence in the area.

“Our customer is in the Hamptons —What better place to open our first store?” said Tamara Mellon, founder and creative director of her eponymous brand. The designer The Tiger, Gladiatrix and Frontline sandals have been big sellers in the store.

“Last year, we scoped things out and realized there was such a great cross-section of influencers and tastemakers in a contained area,” said Jonathan Horemans, one half of the duo behind French loafer brand Galet. This year, Galet is selling its wares out of a vintage 1940s Citröen H Van at various Hamptons locales.

After teaming up with Navy Beach and Montauk Beach House for several events, the company plans to hit the Hampton Classic this month and is working on a deal to park its van outside Pierre’s, the popular restaurant in Bridgehampton.

Joey Wölffer, co-owner of Wolffer Estate Vineyards, built a business around her fashion truck, the Styleliner, and now is venturing into brick-and-mortar for the first time with a charming shop located in an old house in Sag Harbor. “I launched my own brand of handbags under my name, and I wanted the right space to showcase it,” Wölffer said. “Our vineyard has played a huge role in the Hamptons community, and the boutique encompasses the same bohemian feel that resonated in Hamptons culture from the 1970s and ’80s.” The store also carries a unique selection of shoes, including styles from Teysha, Penelope Chilvers, Meher Kakalia and Elina Linardarki.

Stocking under-the-radar styles is also a priority for Adam Zuckerman, owner of Rye Brook, N.Y.-based
Z Life, which opened a pop-up in the Sole East hotel in Montauk. “We have a loyal customer base, but they are always out east during July and August,” Zuckerman said. “So this was a no-brainer for us.”

While Zuckerman said it’s too early to tell whether the retailer will make a profit from the summer venture, he said it’s clear that the store has gained wider exposure and attracted new fans.

For other fashion players, making a statement in the Hamptons isn’t commercially driven at all. For example, Tod’s partnered with Jessica Seinfeld’s Baby Buggy charity, which helps families in need, for a lunch last month that was co-hosted by Creative Director Alessandra Facchinetti. It included a “farm stand” featuring the label’s iconic Gommino loafer in a variety of bright colors. “I am proud to be part of a company like Tod’s that believes in giving back and being charitable,” Facchinetti told Footwear News.

Looking ahead, Faith Consolo, chairman of the retail group at Douglas Elliman, said to expect a huge increase in the amount of overseas tourists in the area this month. “A lot of Europeans come here for all of August — it’ s when all of the big rentals happen,” the broker said. “You have an influx of all these consumers.”