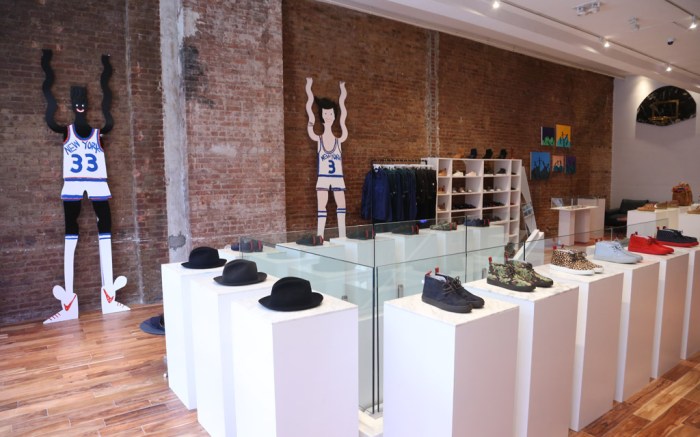 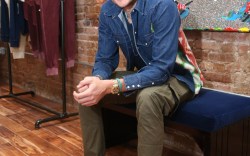 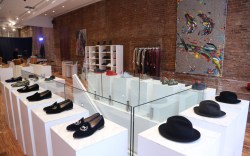 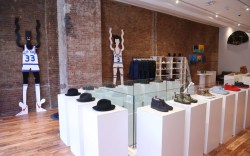 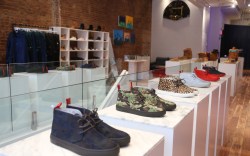 The new store, roughly 2,000 square-feet, is currently selling its fall ’15 footwear collection, as well as a curated selection of clothing and accessories. Both Del Toro and Lady Del Toro’s assortments include its signature slippers and sneakers, while a new “Bespoke Bar” allows customers to personalize any style.

“Whatever you see is highly customizable,” said founder Matthew Chevallard, who hopes to transition the store into a permanent space. “This is the only store where you can custom everything. Until now, you could only order custom slippers.”

Del Toro will unveil a mini shoe collaboration with Troy on Thursday, including two skate shoes (a slip-on and lace-up) and slide sandal, all in colored quilted leathers. “I really want to be affiliated with the art, fashion and sports world, and the crossroads between those three pillars,” said Chevallard.

Though Jenner wore leather Givenchy boots to the event, Chevallard hopes to get her in Del Toros soon enough. “Chandler is good friends with her, and I’ve been sending her shoes here and there,” said Chevallard. “Her ability to influence is nuts.”

To read more Del Toro stories, read on below: