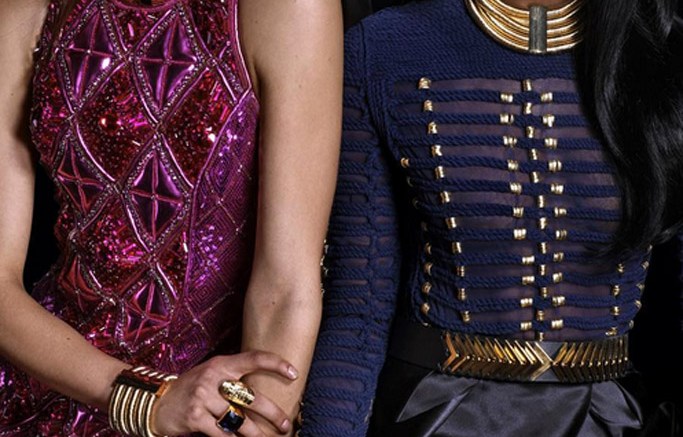 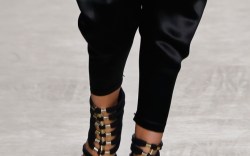 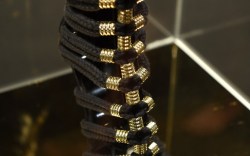 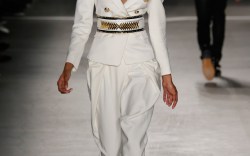 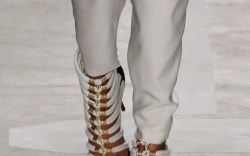 After selling out online in just an hour and with lines formed days in advance, we know where a good portion of the hotly anticipated H&M Balmain collection ended up: eBay.

Many of the standout pieces are appearing on the auction website — for sometimes double, triple and quadruple what they retailed for at H&M. It’s not unusual for launches to spur this kind of resale, but the Balmain one is certainly attracting attention. It could be in part because the collection’s footwear is almost identical to the pricier runway versions from Balmain’s fall ’14 runway.

The men’s sneakers are coming in at about $350 on the auction site, and the over-the-knee boots worn by Kendall Jenner and Jourdan Dunn earlier this spring are around $400, though there are far fewer of those online than other styles. The boots had retailed at hm.com online for $350. Some pieces in the apparel collection are going for as much as $5,000.

Demand for the collection reached a near-fever pitch, with scuffles breaking out in London and fans in New York lining up days in advance to get their hands on the collaboration. Balmain Creative Director Olivier Rousteing fueled the fast-fashion madness by posting to his own social media channels. (It also didn’t hurt that standout names in the “Balmain Army,” like Kendall Jenner and Gigi Hadid, walked in the H&M Balmain show just days before the release, stoking the hype.)

While the eBay prices may seem steep for H&M offerings, they pale in comparison with other launches this year, like the Yeezy Boost, which was going for five figures on eBay just hours after the release.