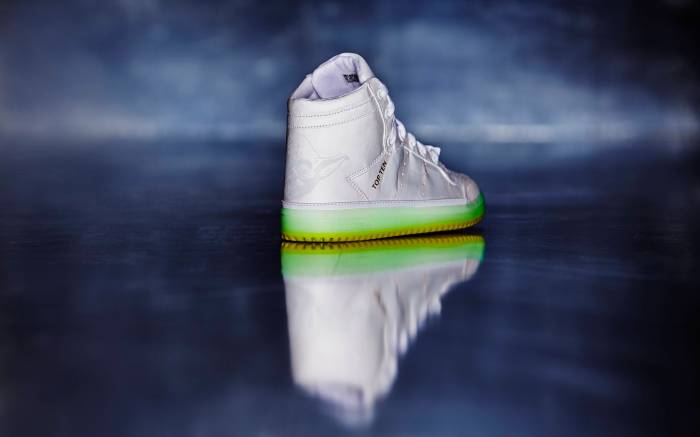 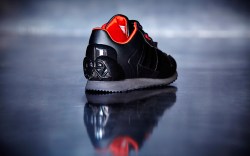 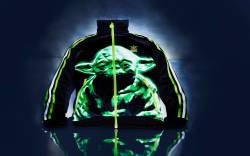 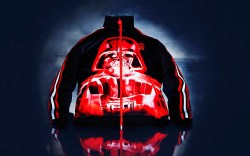 With the seventh installment of the blockbuster “Star Wars” movie franchise set to hit theaters later this year, Adidas is getting in on the merchandising action.

Under its Originals label, the athletic brand today released the first of six planned footwear and apparel collections for kids for 2015.

The spring-summer offering, available in stores globally, is inspired by two of the franchise’s best-known characters, Yoda and Darth Vader. For Yoda fans, Adidas’ classic Top Ten Hi sneaker has been done up with a glow-in-the-dark outsole and a three-dimensional Yoda face on the heel. Clothing pieces include the brand’s Firebird and French Terry tracksuits detailed with reflective elements. The Darth Vader assortment takes a darker turn, with styles such as a special black-and-red version of the ZX 700 shoe inspired by the character’s suit and light saber. Vader’s iconic helmet is molded onto the heel clip.

Future collections will feature other major characters from the legendary sci-fi series.

Check out all the cool looks in our gallery here.