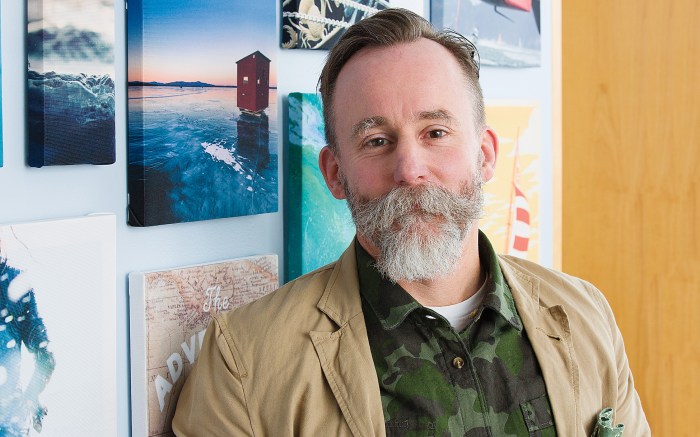 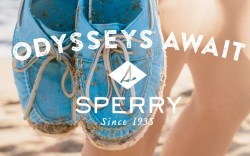 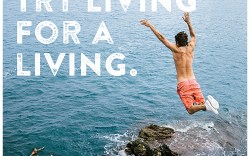 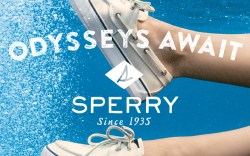 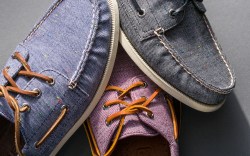 Less than six months into his new gig, Rick Blackshaw is ready to unveil his plans for Wolverine World Wide Inc.’s Sperry Top-Sider label. Scratch that — as of today, there’s no more Top-Sider. Just call them Sperry.

That truncation is just one part of Blackshaw’s ambitious rebranding stategy, which aims to inject a youthful energy into a heritage label that had plateaued. The executive, who previously headed Wolverine’s Keds brand and moved over last year to serve as president of Sperry, said consumer trends shifted, and the brand needed to take stock. “The [boat-shoe] category was so hot for so long, and then it fell off,” he said. “It happens. It’s a matter of regathering your wits and figuring out what story you want to tell.”

Mitch Kummetz, an analyst at Robert W. Baird & Co., pointed out that Sperry had lost sight of some of its core identity. “In the women’s business, it got to the point where there was glitter and sequins,” he said. “In the back half of 2013, that consumer moved away.” But sales have stabilized in the past six months, Kummetz added.

Indeed, in its preliminary fourth-quarter report, Wolverine estimated that the label generated high-single-digit growth in the period.

Blackshaw and his team want to rachet up that momentum through a new brand identity launching this week. The energetic marketing campaign carries the tagline “Odysseys Await” and is aimed at a more youthful global customer, which Sperry has dubbed the “intrepid consumer.” Click through the slideshow above to see some of the ads.

Here, Blackshaw outlines his plan to turn Sperry into a billion-dollar brand by 2020.

On Day One at Sperry, what did you need to do?

Understand where the brand has been, where it’s succeeding, where it’s finding challenges. Out of that diagnostic, we found we’d hit a plateau and that what we needed to do is make a stronger emotional connection with the consumer. And also recognize that our consumer
is 13 to 34, which is younger than we’d thought.

What is the Sperry DNA?

It’s an authentic brand with this amazing legacy born out of Paul Sperry creating these purpose-built tools. What we thought about is, are we living up to those ideals? If you look at some of the marketing over the past several years, it was a little tied to beautiful people on the back of expensive boats. This brand is that, I guess, but it’s certainly a whole lot more. With the Odysseys Await campaign, we’re trying to get at the authentic Sperry self.

Take us inside the campaign.

It’s going to span print, digital and social, and there’s an experiential component we’re going to call The Odyssey Project. In celebration of Sperry’s 80th birthday, we’re sending 80 people on their own odysseys to discover more about themselves and the world around them. Each participant will receive a custom shoebox with a new pair of Sperrys, an itinerary and a challenge to answer. The only catch is that they need to come back with an inspiring tale to tell. This becomes great fodder for our digital efforts and storytelling.

Will the product line change?

It will, but we see the Sperry DNA as American, authentic — going back to Paul Sperry’s first boat shoe. We’ve got 60 percent share of that category. It’s incumbent upon us to make it a growth area. We also know that the first shoe Paul Sperry made was a vulcanized sneaker, so we see a birthright in that. We also can put our DNA in wet-weather shoes and boots.

What are your financial goals?

We see a billion-dollar opportunity in terms of engagement with the consumer. We also see a global opportunity. Right now, we get only a small percentage of our sales outside the U.S. There are nine countries where we’re going to focus our time and energies. We’ve got to get it right in Europe, particularly in the U.K., France and Italy. In Latin America, it’s about Brazil and Mexico. In the Asia-Pacific region, it’s important [that we’re] in Japan as well as
Korea — and, to a lesser extent,
Australia. And, obviously, China.

What are some big challenges?

Approaching everything with a sense of urgency and driving the ball as fast as you can, because nobody is sitting around waiting for Sperry to fire on all cylinders.

How does the task at Sperry compare with what you did at Keds?

Sperry has a broader palette to play with because it was born in sneakers, it’s about the boat shoe, it’s dual gender, there’s retail as well as wholesale. The level of complexity may be a notch higher, but at heart, consumers are absolutely fanatical about these brands and find meaning in their interactions.