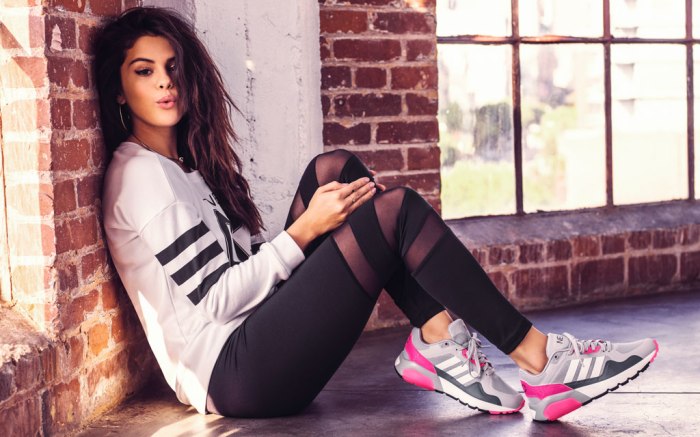 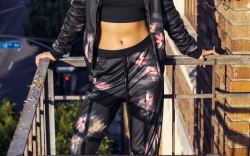 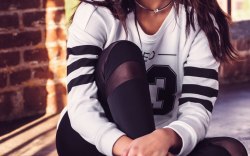 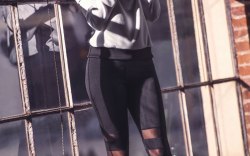 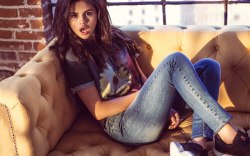 Actress and singer Selena Gomez continues to put her stamp on the Adidas NEO label.

The brand has debuted a new ad campaign starring Gomez that shows off the spring sportswear collection and its chic city aesthetic. How do we know there’s an urban slant? There are fire escapes and giant loft windows — a clear indicator of “gritty” city life.

Gomez got the word out quickly yesterday, announcing the seasonal launch on Twitter to her more than 27 million followers.

In a campaign release, Adidas pointed out that glam sportswear has become a familiar look on the global fashion runways, and Gomez and the NEO designers have interpreted the trend by updating classic sporty items such as hoodies and track pants with unexpected materials such as mesh and structured fleece. Mix in some denim and drapey jersey tops and, voila, fashion-fitness fusion achieved.

For the footwear, Gomez’ sneaker selection brings a feminine influence to traditional silhouettes like basketball high-tops and running sneakers. Look for pastel colors, neon accents and floral patterns on the line’s spring offerings.

“I am very happy with my new Adidas NEO Label collection,” Gomez said in a release. “The color pops and blurred flower graphics are a great spring look. The collection bridges sportswear and street wear, but still manages to incorporate modern silhouettes like the cropped hoodie or higher-waisted denim. The pieces in this collection are absolute seasonal must-haves.”

Gomez has been partnering with Adidas NEO since 2012, and the 22-year-old has been a key asset in developing the brand’s profile. Last fall, she helped host and curate a runway show at The Waterfront in New York and often tweets photos of her in the brand’s T-shirts and other apparel items.

She’s also been generating buzz lately with her new music release, “The Heart Wants What It Wants,” produced with rumored boyfriend DJ Zedd.