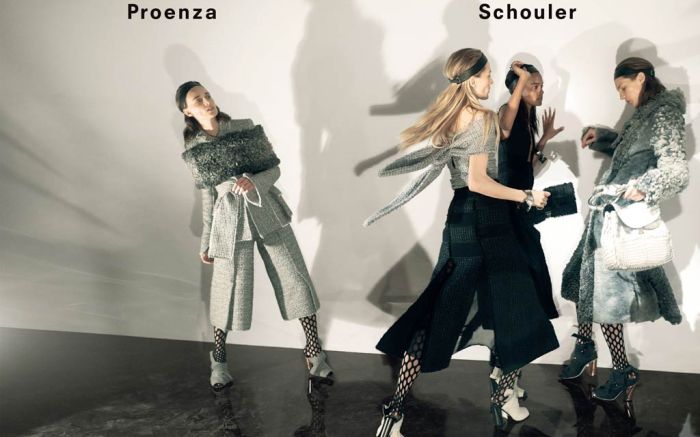 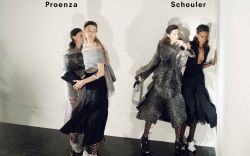 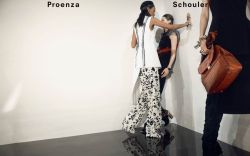 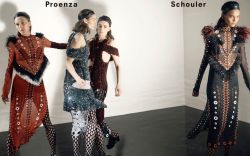 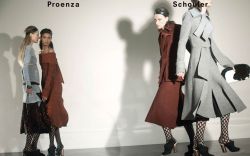 Photographer David Sims shot the models in motion, proving that although many of the footwear styles have a sculptural look, one can still take them to the street.

Black, white and gray mules feature bronze chunky heels and are paired with bold, cutout tights that create and almost scale-like effect on the legs. The tights were produced in-house. Hosiery was part of a major trend on the fall ’15 runways after several seasons of bare legs.

The campaign also features updates on Proenza Schouler’s woven fringe styles, which have been on offer for the past few seasons. The shoes featured in the campaign retail from $895-$1795.

The ads feature models Liya Kebede, Anne Catherine Lacroix, Karolin Wolter and Liisa Winkler. Proenza Schouler’s go-to stylist Marie Chaix, who is behind all of the label’s shows and campaigns, styled this campaign.

Back in June, FN reported on Proenza Schouler’s expansion secured by an investment from equity firm Castanea Partners. Proenza Schouler CEO Shirley Cook would be leaving the company as part of the transaction.

To shop the collection, visit proenzaschouler.com.

Click through the gallery to see more photos from the campaign.