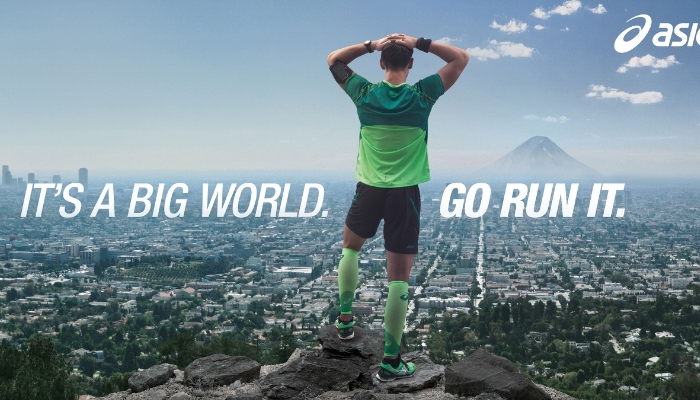 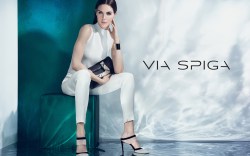 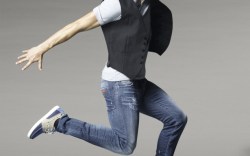 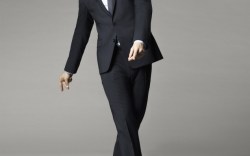 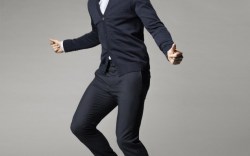 The pace of the running-shoe race has picked up — and clearly, Asics is feeling competitors Brooks, Nike and Under Armour nipping at its heels. Now, the Irvine, Calif.-based brand, which once held the dominant position with running retailers, wants to reclaim its spot at the top.

With that in mind, today the performance brand plans to unveil its latest — and perhaps most ambitious — ad campaign, which features the tagline, “It’s a big world. Go run it.”

The company says the idea behind the campaign is to “promote the diversity of running” to people across the globe, “with Asics bringing every kind of runner together and encouraging them to push boundaries and achieve their goals together.”

Asics will flex its marketing muscle through television commercials (airing during sporting events, naturally) and 90-second digital spots, as well as print, outdoor and in-store ads.

The campaign will be rolled out as a series of 15 short films throughout the year. Each segment will feature one of Asics’ sponsored athletes.

“Our new advertising campaign signifies a major step in communicating the Asics brand on a global level,” said Katsumi Kato, head of global marketing for the company, in a statement. “This demonstrates Asics is the leading running brand, inspiring and helping athletes of all ages and abilities to experience running in all its forms. We believe ‘It’s a big world. Go run it’ will appeal to all types of runners while also keeping the sport fun and accessible.”

The effort follows the company’s year-long multi-platform 2014 campaign, which used the tagline, “Better your best.”

Watch the first installment below.

Are you inspired? Tell us your thoughts @Footwearnews.