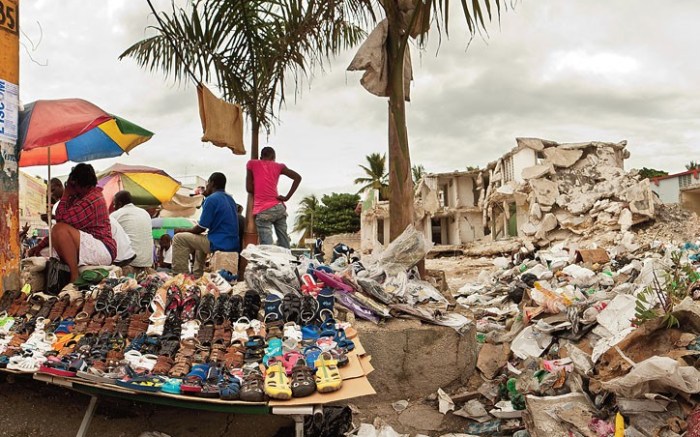 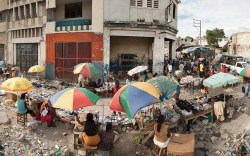 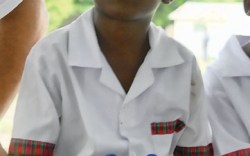 Five years ago today, a 7.0 earthquake leveled Haiti, the poorest country in the Western Hemisphere. It killed more than 300,000 people and left millions homeless and without basic necessities — from food and water to clothes and shoes.

In the weeks following the quake, FN toured the tent cities in the country’s capital, Port-au-Prince, with Soles4Souls to witness firsthand the widespread devastation, the rising tensions among locals frustrated with the government’s response and the goodwill that poured in from businesses around the world.

“The government is not doing anything. So what can I do? Nothing. I’m just trying to find food and purified water. That’s the way of life now — wake up and survive,” Silme Lubim, then 25 years old and living in a makeshift tent with six relatives, told FN at the time.

Billions of dollars in aid flowed in to help Haiti, as did donated shoes and clothing from powerful organizations in the fashion industry.

While most of the rubble has been cleared by now — businesses have re-opened and people have found permanent shelter — much work remains, according to industry executives.

In addition to the Nashville, Tenn.-based Soles4Souls, many companies continue to be actively involved in the country’s rebuilding efforts.

Kenneth Cole is one.

Today, the designer launched a limited-edition sandal collection produced in large part by local Haitian artists. The sandals come in a burlap tote with the tagline “We are in a Love-Haiti relationship.” The sandal line, which uses recycled tires and locally sourced leathers, is available for men and women and retails for $69 to $79.

“Along with several of my associates, we made many trips to visit this resilient country, and I’m wonderfully impressed to see how far the nation has come. That said, there is so much that is still needed. Although the press and cameras are gone, the needs of the community are not,” Cole said in a statement.

The social activist last year deepened his ties to the country by opening a retail store in Petionville, a suburb of the capital.

Also last year, Toms Shoes bowed a small-scale production facility in Port-au-Prince. It hired 25 employees and is part of the company’s five-year pledge at the 2013 Clinton Global Initiative in New York to produce millions of shoes in Haiti and create lasting jobs.