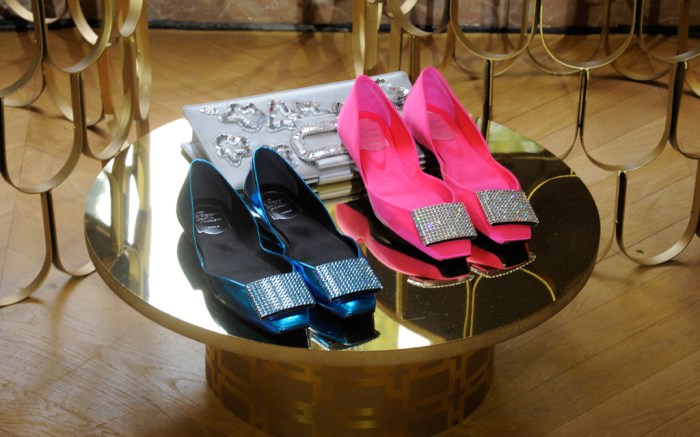 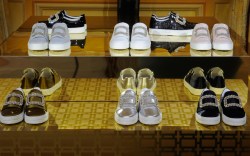 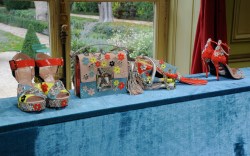 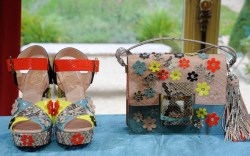 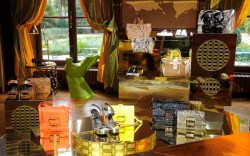 Over the January-to-September period, revenues reached 786.9 million euros, or $881.33 million — a 6.2 percent increase over the year-earlier period. At a constant currency, the result would have been essentially flat.

In a statement released after the close of trading in Milan, where Tod’s is listed, group CEO Diego Della Valle said the third-quarter results were positive, especially in light of the “weakness of some important markets for luxury goods.” Della Valle said the group was satisfied with the results generated by stores and with the positive feedback the new collections have received. “We are, therefore, confident that the quality of our management, the effectiveness of our strategy and the financial resources necessary to develop our projects will bring increasingly better results.”

Earnings before interest, taxes, depreciation and amortization (EBITDA) in the January-to-September period came in at 160.1 million euros, or $179.31 million, up 2.4 percent over the year-earlier period, while EBIT came in slightly lower, at 122.5 million euros, or $137.20 million, due to slightly higher amortization expenses related to the group’s retail expansion and store-refurbishment program, together with investments at headquarters, including upgrading manufacturing facilities, said CFO Emilio Macellari, on a conference call.

Higher labor costs also weighed on the results, with the group’s total headcount reaching 4,530 at the end of September, compared with 4,305 in the year- earlier period.

(Dollar amounts have been converted at average exchange rates for the periods to which they refer.)

Among the group’s brands, flagship Tod’s reported revenues of 453.1 million euros, or $507.47 million, in the January-to-September period, up 5.1 percent, sustained by currency tailwinds; at constant currency, the brand would have seen a 1.5 percent sales drop over the period.

During the conference call, Macellari said that of the new products introduced for the fall/winter collections, the bags designed by Alessandra Facchinetti, the brand’s creative director of women’s collections, “are performing much better than previous families of products.” He said the new Wave bag was the “bestseller of the season, a style of bag that is very successful and performing very well across all markets across the world.” He said the group’s strategy of repositioning itself as a lifestyle brand is starting to bear fruit, and if successful, it should boost the brand’s underperforming accessories and leather-goods businesses, where sales were flat (+0.3 percent) at current exchange and negative (-5.9 percent) at constant currency.

Among the group’s other brands, the best performer remained Roger Vivier, where sales jumped 20.1 percent in the period (up 8.9 percent at constant currency), to 112.1 million euros, or $125.55 million. Macellari remained mum on talks about the Roger Vivier license renewal: “We started our conversation … the conversations are open and still going on. We didn’t yet achieve a definitive result.”

Hogan, the group’s second-most-important brand in terms of sales volumes, reported a 3.1 percent increase in revenues (up 1.8 percent at constant currency), at 176.8 million euros, or $198.02 million, while Fay sales came in lower (-1.1 percent, or -1.2 percent at constant currency) versus the previous comparable period. Roger Vivier and Hogan were the only two of the group’s brands to register positive results in all markets, including Greater China, where depressed consumer spending has been a drag on other luxury brands.

Among product categories, shoes continue to remain the group’s driving force, with revenues up 8.1 percent (+2.1 percent at constant currency) in the first nine months of 2015, at 621.3 million euros, or $695.86 million.

During the call, Macellari said that in the U.S., wholesale performance over the period was “really positive,” while retail was slightly less strong as tourist numbers were lower in the period. However, he said that the U.S. market is “one of those territories where we do have a higher level of focus, and into this market we are trying to increase our presence through directly operated stores and a higher presence in department-store doors.”

Macellari was bullish on the group’s prospects. Asked by analysts to provide some guidance, he said he was “happy” with the full-year analyst consensus of top-line growth of 6.2 percent and a 19.7 percent EBITDA margin on sales. “We think these two targets can be achieved … I think it is not challenging unless something unforeseeable happens between now and yearend.”

During the call, some analysts pointed to the negative same-stores sales growth (SSSG) performance over the nine-month period (-6.1 percent in locations open at least one year), asking if there was improvement since the end of the third quarter.

Macellari said that in the month of October and the first week of November, performance was “better than in the third quarter or the first nine months of 2015.” However, he added, while the recent trend was turning positive, “of course, we cannot consider three, four or five weeks as a sign of complete recovery. There are similar trends among regions, improvement visible in all territories: Those who were already positive are slightly more positive than before, while those who were negative are less negative than before.”

Meanwhile, the group is continuing its distribution-expansion strategy, remaining on track with its storeopening program of about 25 net new locations each year, Macellari said, adding that due to some “good opportunities,” the company has moved forward some store openings to end-2015 that had been planned for early 2016.