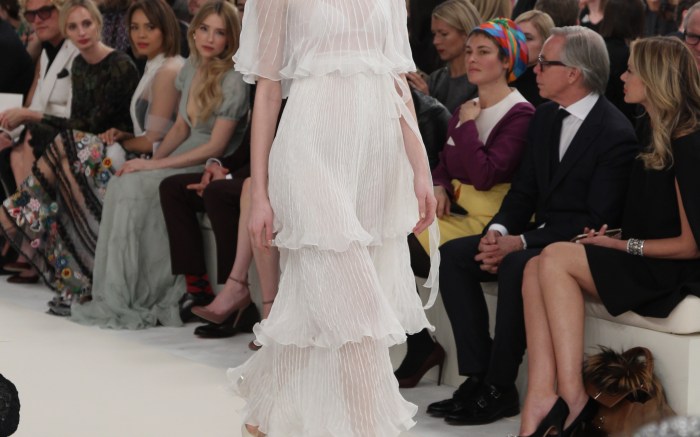 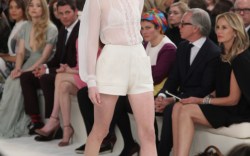 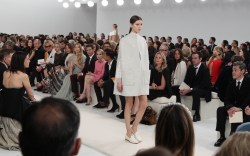 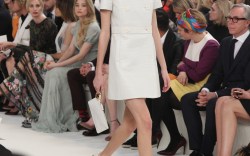 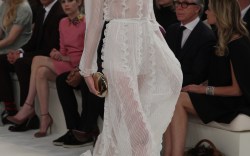 In honor of the opening of a new flagship store on New York’s Fifth Avenue, Valentino’s co-designers Maria Grazia Chiuri and Pierpaolo Piccioli created a 47-piece haute couture tour-de-force. The white-out of whipped cream dresses and crisp tailored pieces took a retro bent, inspired by Jackie Onassis, a label devotee, and Valentino Garavani’s seminal 1968 blanc-on-blanc collection. The theme extended to the mod-minded footwear. Patent square toe boots had a space age appeal, while classic loafers, low-heel Mary Janes and flat sandals gave looks a zippy finish that prevented pieces from skewing too precious. So while the couture on display may have been the stuff of daydreams, the shoes would easily transition into (one very chic) real life.