Top 10 Shoes at the Grammy Awards 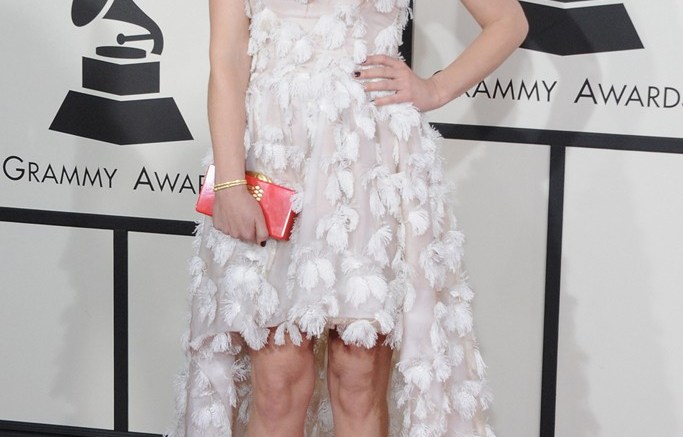 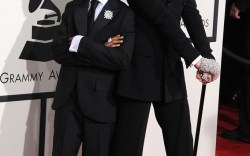 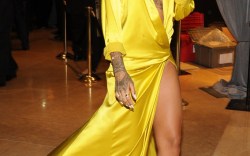 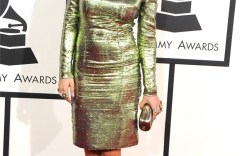 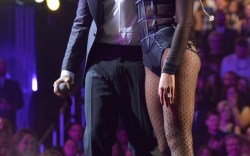 It was a night to remember, and we’re not just talking about the musical performances. Celebrities at the 56th Annual Grammy Awards turned out in bold, attention-grabbing footwear looks.

Not only did Lorde’s “Royals”  grab the award for Song of the Year, but the singer, aka Ella Yelich O’Connor, also donned a standout ensemble, pairing a black silk gown with a daring lug-sole shoe from Miu Miu. (She’s obviously a big fan of the lug-sole look, after wearing a similar style by Stella McCartney during the Grammys weekend.)

Click through the slideshow to see the 10 best Grammy looks >>

Jay Z, whose “Holy Grail” featuring Justin Timberlake won for Best Rap/Sung Collaboration, looked cool and classic in a black-and-white ensemble complete with a bow tie and Tom Ford laceups. He lit up the stage during a performance with Beyonce, who sported Stuart Weitzman heels, Saint Laurent crystal tights and a skimpy Nichole de Carle bodysuit.

Other ogle-worthy shoes included Taylor Swift’s Jimmy Choo platform sandals; Daft Punk’s glittery Saint Laurent boots, which both members of the duo sported while receiving the Album of the Year award, along with four other honors; and Rihanna’s strappy, metallic Christian Louboutin stilettos, which she wore with a Vautheir Couture gown at Clive Davis’ Pre-Grammys Gala. She took the award for Best Urban Contemporary album at the main event, where she walked the red carpet in Manolo Blahnik.