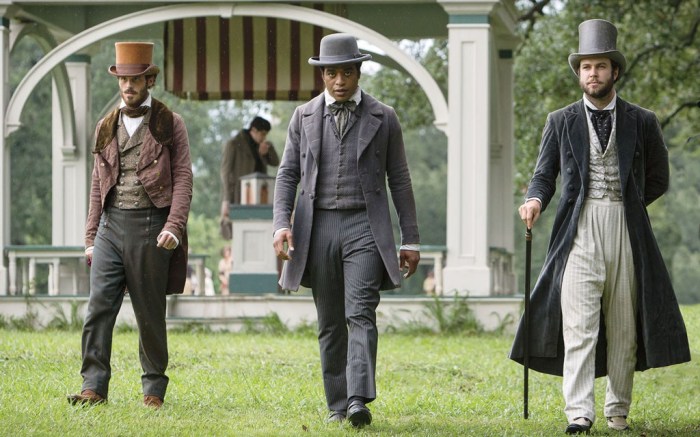 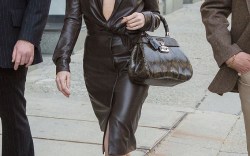 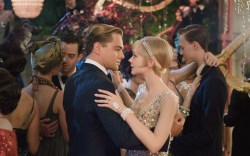 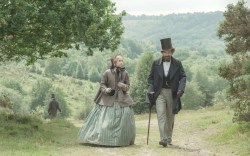 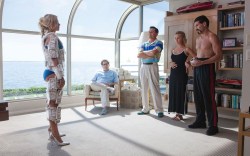 Oscar season is officially underway, and as the academy gears up for the film industry’s biggest night, Footwear News focuses on the costumes that brought the movies to life. Whether it was the true story of a once-free slave in “12 Years a Slave” or the glittery fantasy of “The Great Gatsby,” top costume designers let us get lost in their worlds. FN spoke to five of the people behind the year’s most-celebrated films about their design inspiration, where they shop for styles, how to best outfit the actors and their go-to footwear.

12 Years a Slave
Costume designer: Patricia Norris
Director: Steve McQueen
The Best Picture and Best Costume nominee depicts the story of Solomon Northup (played by Chiwetel Ejiofor), a free black man abducted and sold into slavery, and is brought to life with striking, no-frills realism in the clothes.
Design inspiration: “Unfortunately, there’s very little visual representation on both the reality of slavery and what slaves actually looked like,” said Norris. “Photography was rare back then and few photos portray what actually happened, so you just have to start reading. Back then, either the masters supplied their clothes or clothes were passed down from other slaves. They sewed a lot back then, too. But for the film’s timeline, we pulled cottons and linens from places like L.A.’s International Silks & Woolens, and I worked with a guy who distressed the clothes with dye and heavy washing to age them.”
Footwear sources: “The slaves’ shoes came from Western Costume Co. in North Hollywood, from lots of vintage stock,” Norris said. “There were actual dresses from the 1850s in this store. But for shoes, I pulled whatever I could find that looked handmade and not good, which was mostly leather in disrepair. We wanted to be true to the time period, but we also filmed in the heat of Louisiana, in the dirt and sod while it was raining — naturally, a delightful experience for all — so it was best that actors had something on. We also found a bunch of espadrilles to blend in.”
Favorite character to dress: “You don’t get bored with it,” she said. “There were more than 100 speaking parts, and you had rich people and poor people to dress. But [Best Supporting Actress nominee] Lupita Nyong’o is terrific — very nice, very smart. Plus, she liked her clothes [in the movie].”

American Hustle
Costume designer: Michael Wilkinson
Director: David O. Russell
This 1970s-era ensemble crime caper is another double-whammy Best Picture and Best Costume Design nominee.
Design inspiration: “It’s [set in] the 1970s, but David didn’t want the movie to be a historical re-enactment,” Wilkinson said. “It’s a film about ideas and how far we’re willing to go in our everyday hustles to get what we want, so I dressed each actor according to their personalities and that of their characters. Jennifer [Lawrence] is very fearless, and her dresses were low-cut and dangerous, and if something was too tight or fit oddly, it made sense with how unhinged her character was — almost a sense of schizophrenia. Elsewhere, Christian [Bale] adopts the physicality of the character and he stacked on 40 pounds, so we styled him with a lot of extra flair and flamboyance. Sixty percent of the clothes ended up being made from scratch.”
Footwear sources: “Badgley Mischka had some shoes in their parent line that had just the right amount of strappy disco flair for some of the eveningwear I designed for Amy Adams,” Wilkinson said. “A lot of the shoes from the period are now 40 years old and worse for wear, so we wanted to update them a bit by using more contemporary Badgley shoes. For Jennifer, we played with more mainstream, less high-end designers, more like what you’d find in a mall in Long Island in the 1970s. She wore a spectacular pair of Pierre Dumas black suede, gold-trim peep-toe sandals.”
Favorite character to dress: “I try to avoid favoritism, but I’ll treasure my time with Amy Adams,” Wilkinson said. “Her character has such a trajectory of coming from a small town to Manhattan, discovering the power and allure of clothing and the effect it can have on people around her. I’m proud to say that the clothes really helped Amy on that journey.”

The Great Gatsby
Costume designer: Catherine Martin
Director: Baz Luhrmann
This Best Costume Design nominee created dazzling Jazz Age looks with Miuccia Prada, Brooks Brothers and Tiffany & Co., crafted to match husband-director Luhrmann’s surrealistic vision of the famous novel by F. Scott Fitzgerald.
Design inspiration: “Whenever Baz and I work on adapted pieces, it’s always the source that’s the greatest inspiration,” Martin said. “One of the great things about Fitzgerald is that he describes the costumes in great, precise detail, like Gatsby’s dinner suits, for example. Then, from the source material, you try and translate what you believe the author felt about the characters, how he described them and how he believed a contemporary audience might’ve felt about those characters at the time. We also did a lot of research in New York’s Met Library and the Fashion Institute of Technology — so, lots of [time in] fashion libraries to research and look back at the Jazz Age period — and then we also rented a number of shoes and clothes that were actually 1920s contemporary clothes to reference the construction.”
Footwear sources: “Miuccia Prada did some extraordinary shoes for the character Daisy Buchanan to go with her crystal dress,” Martin said. “[They were] a very iconic version of her Prada spider shoes done in beautiful flesh tones, gold and silver with a beautiful waisted, period heel. And [the shoes] Isla Fisher wears as Myrtle were based on period research and a personal love I have for tango shoes.”
Best places to shop: “We designed all the costumes in-house, so we rented a minimal amount, mainly workwear and uniforms,” Martin said. “In the case of Prada, we collaborated with them and she supplied over 40 costumes. With Brooks Brothers, Fitzgerald was a lifelong customer. [The brand] represented the quintessential preppy look, which was one of the ways you associated yourself with the establishment, and for Fitzgerald, it was important to feel a part of that world. [For the film], Brooks Brothers bespoke-tailored all the background and principle costumes for the men. Same goes for Tiffany — it was a rite of passage of the upper echelon. You saw that life and art and commerce were all intermingling to be an inspiration for the book.”

The Invisible Woman
Costumer designer: Michael O’Connor
Director: Ralph Fiennes
O’Connor, a self-proclaimed history buff and Best Costume Design nominee, reimagined stately Victorian looks for the true story of a torrid affair between a young actress and famed novelist Charles Dickens, also played by Fiennes.
Design inspiration: “The story is inspired by the biography of Ellen ‘Nelly’ Ternan, who had a long-term affair with Charles Dickens while he was married,” said O’Connor. “We were looking at artists from the 1850s and Victorian figurative painting, as well as culling inspiration from Dickens’ novels. Nelly was a muse for his writing, especially around ‘Great Expectations.’”
Footwear sources: “All the shoes were made specifically for the film,” O’Connor said. “We started in the 1850s with soft, flat, canvas-and-leather ankle boots with a chiseled, elongated toe. We went up a decade with an armor-toe, slightly pointed boot, then to the 1880s as the characters got older and the heels got higher with an apple-core heel, high laces and buckle on the front of the shoe. We made 30 pairs altogether. Ralph even wears a fabulous pair of leather-and-tweed [shoes], something like French country boots. Materials to make them came from all over, including a theatrical shoe company in London, and Pompei Shoes in Rome.”
Favorite on-set moment: “For the actors, it’s always a surprise to see an authentically made but oddly shaped shoe,” O’Connor said. “It alters the way you walk. Lots of actors are used to only wearing flat shoes, so when they’re in this ankle-hugging, lace-up, chiseled-toe boot, it helps with getting into character. People love shopping for shoes, but to make a shoe specifically for someone and measure their feet for them, people think, ‘I’ve never had a pair of shoes actually made for me before.’ Sometimes the actors [even want to] take shoes away, which I enjoy.”

The Wolf of Wall Street
Costume designer: Sandy Powell
Director: Martin Scorsese
Based on the memoir by convicted stockbroker Jordan Belfort (played by Leonardo DiCaprio), this Best Picture nominee spans the opulent 1980s to the minimalist 1990s.
Design inspiration: “We were given access to the archives of Jordan Belfort, on whom the film was based,” said Powell. “It was interesting to see the kind of looks Wall Street men had in the 1980s versus the 1990s. In the 1980s, men looked unstructured and wore suits of brown and green hues — not very attractive. Money doesn’t necessarily symbolize good taste. But in the 1990s, men were employing tailors from London’s Savile Row to customize their suits, and the idea became about minimalism. The 1990s was a backlash against the more-is-more decadence of the 1980s. It was more minimalist, but it was still expensive.”
Footwear favorites: “Gucci made a hell of a lot of footwear for the men,” Powell said. “Jonah [Hill] and Leo had lots of loafers to choose from, and I actually made them to my specifications, selecting colors from lavender to eggshell white. Margot Robbie’s character had this very nouveau riche way of dressing. If she was wearing Versace, it was from her head to her feet, sunglasses on down. She has these fabulous vintage Versace boots, which, thankfully, we get a closeup of in the scene where she discovers the gay orgy in her apartment.”
Favorite on-set moment: “There were boots for the later 1990s scenes that were Gucci by Tom Ford that sadly didn’t make it on screen,” Powell said. “We tried everything to get Margot in them, but they were too small for her. We even tried wrapping her feet in plastic! If we got them on her, she’d be crippled, but I was determined and she was willing to go for it. The shoes were that great.”