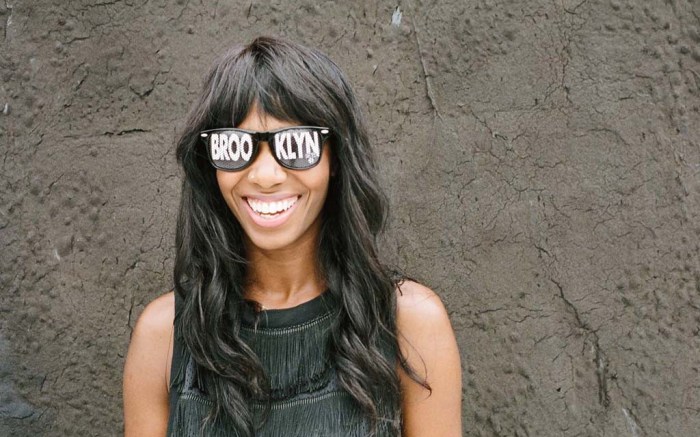 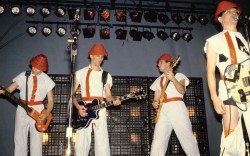 With a new album in the works, a cosmetics collaboration with Smashbox that hit retail April 1 and a baby on the way, Santi White (better known as Santigold) certainly has a full calendar. But the self-described overscheduler somehow made time to tackle a spring ’14 sock collaboration with Stance that features three unisex designs inspired by her life. A Brooklyn, N.Y.-themed sock is an ode to the neighborhood where she lives and the track “Brooklyn Go Hard” that she recorded with Jay-Z; a baroque gold-chain motif draws from the artist’s love of eclectic fashion; and an African-influenced pattern references her recent Mount Kilimanjaro climb for charity (proceeds from sales of the latter go to the nonprofit Charity: Water). “We pushed into some new territory,” White said of the Stance partnership. “It’s always fun to transpose your visual ideas onto another medium.” The socks, retailing for $14 to $19, are available at Stance’s e-commerce site and boutiques including Opening Ceremony and Colette in Paris. White also shared details on her personal style, penchant for sweatpants and secret to smelling good while camping.

Music idol: “Devo is one of them. Bob Casale’s death [in February] really bummed me out. I feel a kinship with their lyrics and I love how much fun they have, [with] the visuals and costumes. I produced a couple of tracks with them a year ago. I begged them to go into the basement and get the hats — and they did.”

Essential footwear feature: “I like to be comfortable. You won’t see me walking around in crazy heels unless it’s really quick.”

No. 1 wardrobe item: “I would wear sweats every day if I could get away with it.”

Sartorial sensibility: “I always use the word ‘collage’ to describe my performance style, and it ties into my fashion choices as well. I combine ideas, colors, textures and patterns.”

Mountain-climbing must-have: “I brought some lavender oil [on the Kilimanjaro trek] and it made the whole trip so much better. You’re climbing for seven days with no bath.”