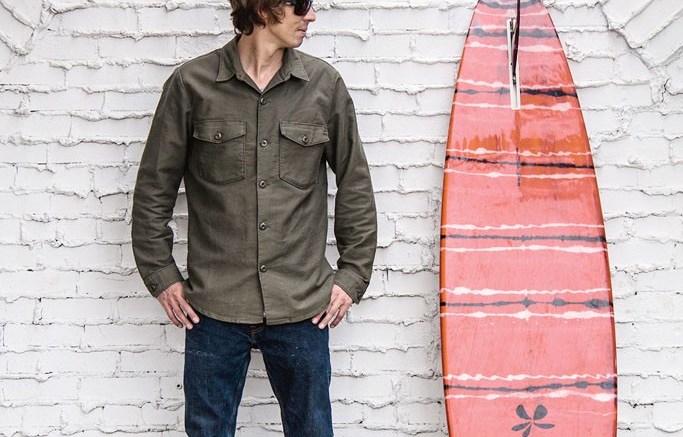 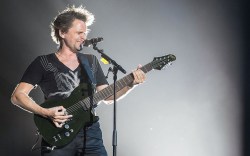 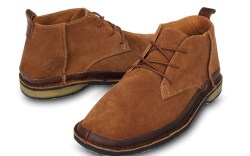 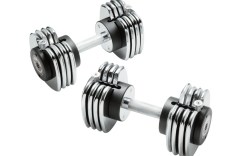 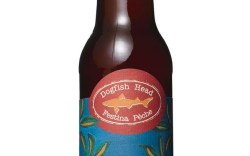 This pro surfer, unsurprisingly, has the ocean on his mind. San Clemente, Calif.-based Rusty Long is gearing up for a new round of competitions and his 14th anniversary as a brand ambassador for Ocean Minded. “It is a community brand and the message is great, so it was a natural fit,” said Long, 32, who partnered with the label in 2000. “I’ve been along for the ride.” That journey includes beach cleanups with the philanthropic company, often in locations where Long competes. “I’d like to start organizing more [cleanups] around the world for different places I visit and keep the tradition going,” he said. “[Pollution] is a huge problem in the world.” And 2014 also brings new projects. Long will author a surf book featuring stories and interviews, as well as a variety of “big wave” images, most of which he shot himself. The title is still in the works, and the release date is slated for late this year. On top of that, he’ll find waves as part of the Mavericks Invitational near San Francisco, and at Todos Santos, off the coast of Ensenada, Mexico. Here, Long talks about relaxing off the beach and his lofty goals for the New Year.

Best pre-competition music: “Sometimes I’ll listen to Led Zeppelin or some reggae music. I also get a kick listening to Muse [at left].”

Actor who would play me in a surf film… Johnny Depp. “I’m a big fan. He’s brilliant.”

Shoe style off the sand: “I’ve been wearing the Ocean Minded chukka boot quite a bit. I do a lot of hiking and outdoors stuff.”

Ultimate surf spot: Oaxaca, Mexico. “I’ve been traveling there since I was 18 years old, and it’s a really vibrant community with lots of good waves.”

New Year’s resolutions: “Try to discipline myself more and reach my target physical fitness [level]. Do more for the world and less for myself.”

Favorite relaxation activity: “I usually crack a delicious beer or a nice glass of vino and go watch the sunset.”