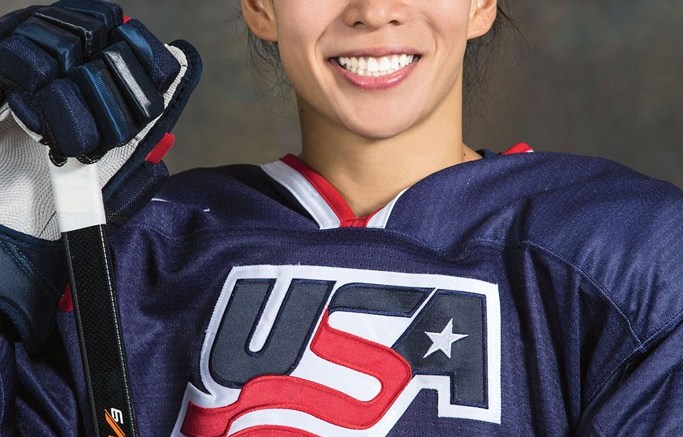 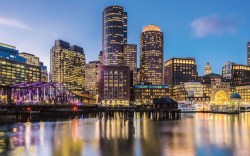 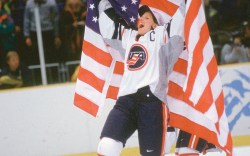 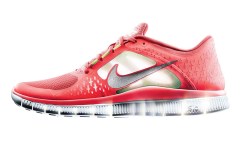 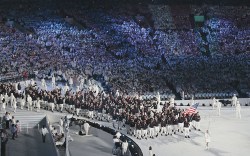 Veteran U.S. women’s hockey forward Julie Chu may be making her fourth Olympic appearance in Sochi, Russia, this week, but she’s not immune to the magic of the games. “I started playing hockey in 1990, when I was 8, and 1995 was the first time women’s hockey players had the possibility of the Olympic dream — the first games for the sport were the 1998 Olympics,” she said. “But even then, I thought, ‘When this happens, this is a dream I would love to have one day.’ It’s exciting.” Chu holds the NCAA points record for her time at Harvard University, where she was captain, and she played professionally for the Minnesota Whitecaps and the Montreal Stars. She also has coached for the University of Minnesota-Duluth, and Union College. Chu took home silver medals in 2002 and 2010, as well as a bronze in 2006, and now has her sights set on gold. “The biggest thing is to stay in the moment,” she said. “We’re preparing to win a gold medal, but we’ll have to play a lot of tough opponents along the way. We take each game as it comes.” Here, Chu talks footwear, dream cities and her soft spot for the Mighty Ducks.

Dream city: “I absolutely love Boston — I went to school here. Or Montreal!”

Sports idol: “Growing up, Cammi Granato was the face of women’s hockey. She had every reason to have an arrogance about her, but she was so down to earth and humble.”

Favorite sports movies: “I always liked ‘Rudy.’ And growing up, we all liked ‘The Mighty Ducks.’”

Off-ice shoes of choice: “We’re sponsored by Nike, so my go-to for training is Nike Frees. I [also] bought a couple different pairs of Ralph Lauren taller riding-style boots. For the winter, I want a simple, smaller heel — nothing too crazy or I teeter over.”

Most anticipated Olympic moment: “The opening ceremony is always so special. It helps to dignify and draw out the Olympic spirit. It isn’t just about one country [but rather] the coming together of different nations and the common ground we have through sport.”