Nina Dobrev Lets Her Shoes Do the Talking 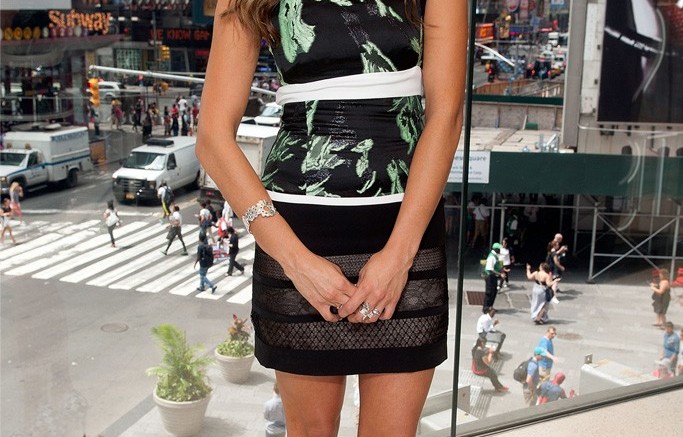 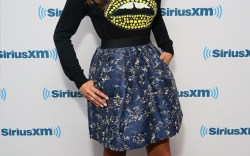 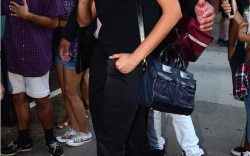 It’s only Tuesday, and Nina Dobrev has already had quite a week.

“The Vampire Diaries” star has been out in New York promoting her latest film, “Let’s Be Cops,” co-starring Damon Wayans Jr. and Jake Johnson.

The 25-year-old actress kicked off Monday wearing a blush-pink Andrew Gn dress with ankle-strap heels by Oscar Tiye for an appearance on “Live! with Kelly and Michael.”

With a quick change of shoes (this time Bionda Castana’s Daphne pumps) and a new dress (courtesy of J. Mendel), Dobrev headed to “Extra.” She made the most of the black-and-white pumps, wearing them with an all-black ensemble by Elie Saab to a photo-call for the film.

Outfit number four featured a statement sweater and skirt by Markus Lupfer worn with summery Dolce & Gabbana sandals. No word yet on what Tuesday’s wardrobe will hold.