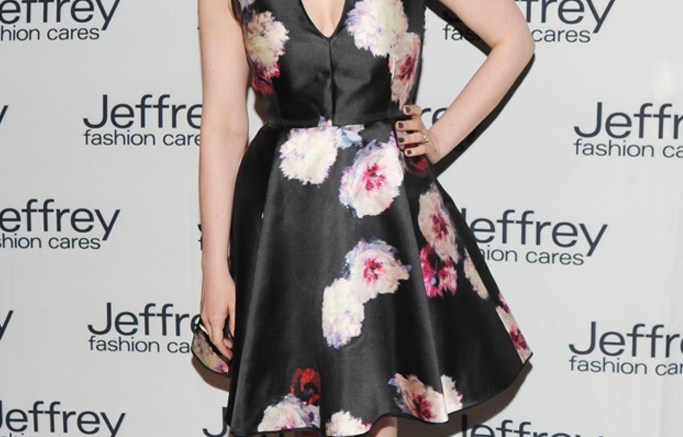 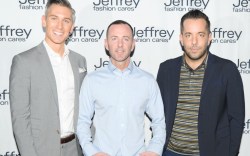 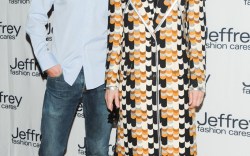 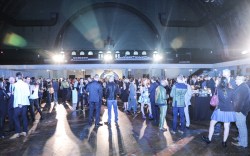 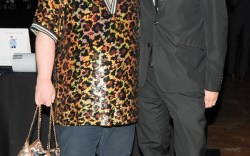 The Jeffrey Fashion Cares event drew a star-studded and socially minded crowd with dazzling footwear. Guests were in high spirits as they sipped cocktails and mingled among tables, various auction items and a parked white Audi prior to a live auction and fashion show. Rob Smith, author and activist, was spotlighted for his work with LGBT youth. Kalinsky, the foundation’s founder, expressed nerves before the party.

“If you caught me after the event, I’d say I’m feeling relieved,” Kalinsky quipped. “When this is all over, I am going to leave quickly with my mother and my brother and stop on my way home at Two Boots for a slice of pizza and I’m going home to sleep.”

The entrepreneur sported teal Nike Air Relentless sneakers. “I bought these just for tonight. Aren’t they great?” he said.

Jay Manuel, longtime “America’s Next Top Model” personality, was decked out in studded Prada shoes and was enthusiastic about the night’s high energy.

“It’s less pomp and circumstance, though people are talking about, oh, is it 42 male models here?” Manuel said. “That’s great, and I love supporting the arts, but really it’s just about being in good company for a great cause.”

Steve Madden arrived with his wife, Wendy. The on-the-go designer introduced Rob Smith onstage before the fashion show. The two met on the campaign trail in Ohio for President Barack Obama’s 2008 election.

“Rob is a very kind and charitable fellow,” Madden said. He also expressed excitement about the next few months, which will be busy with collaborations with Keyshia Cole and his annual summer music series. The shoe mogul also was upbeat about his newest partner: Brian Atwood.

Anna Chlumsky, star of HBO’s hit series “Veep,” provided the event’s opening remarks and admitted she was nervous about her appearance. Her Sergio Rossi heels, however, gave her a boost of confidence.

“This is such a wonderful event,” she said. “So you don’t want to look like a fool up there.”

Jeffrey Fashion Cares raised a total of $669,811, which will be donated to social support and civil-rights organizations, The Hetrick-Martin Institute, Lambda Legal, the AIDS Community Research Initiative of America and national LGBT scholarship fund The Point Foundation.