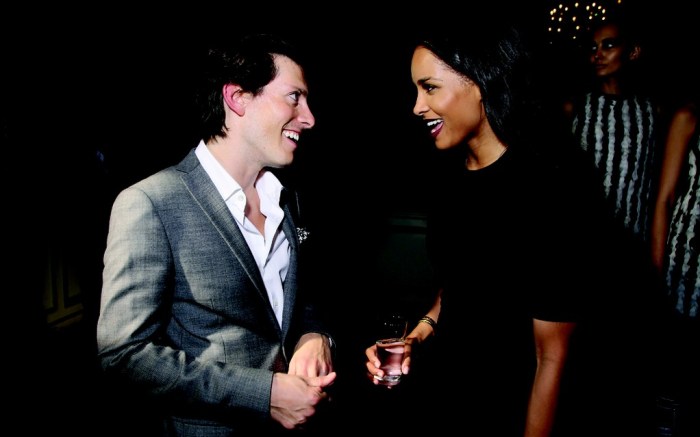 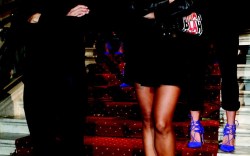 Judging from the crowd at Edgardo Osorio’s Paris Fashion Week party on Friday, the future looks bright for his burgeoning Aquazzura label.

The American department store crowd turned out in full force: Neiman Marcus CEO Karen Katz, Saks President Marigay McKee and Barneys chief Mark Lee all made the rounds with their teams at the ornate Hotel Le Marois. Also in the room were Ciara, Leigh Lezark, Hannah Bronfman and a bevy of socialites.

Guests were greeted by several young men standing in Aquazzura’s signature sandals. (They stayed parked on the stairs at the entrance for nearly four hours.)

Upstairs a ballerina, also decked out in the label, entertained the crowd. Taxidermied animals, including zebras and lions, were on display, along with styles from the new spring ’15 line.

As he posed for photos with his fans, Osorio told FN: “I came to Hotel Le Marois for a friend’s 40th birthday and knew I had to have a party here.”