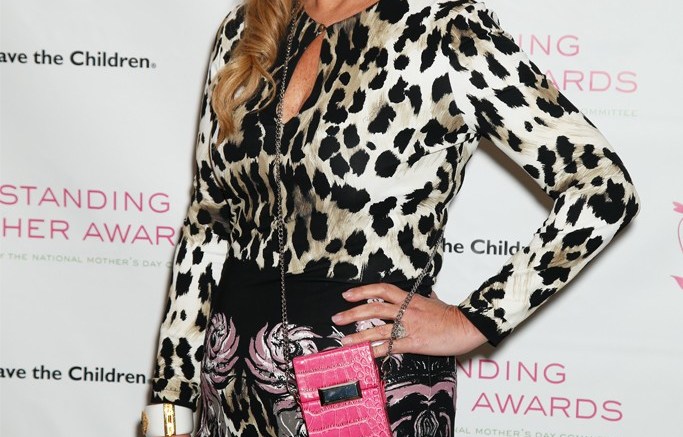 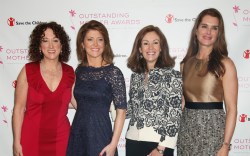 As Mother’s Day approaches, the fashion industry is turning the spotlight on women.

Strong females making a difference in their industry, communities and families were honored at the annual Outstanding Mother Awards on Thursday, sponsored by the National Mother’s Day Committee.

Jill Granoff, CEO of Vince, was one of the recipients of this year’s awards, held at the Pierre Hotel. “Today is one of the best days. In my mind, there isn’t anything more important than your family,” Granoff said. “I think a lot of people may say I live to work, but really I work to live.”

“I feel so frazzled most of the time, so being spoken about as a mom who has it together is a real gift,” Shields said. “I don’t think you ever feel balanced as a mom. You just do everything and it just don’t stop.” As for Shields’ big Mother’s Day plans, her family is headed to Six Flags to help celebrate her daughters’ birthday.

HSN CEO Mindy Grossman helped emcee the luncheon for the fourth year, after hosting a fundraiser the prior night for More Than Me, a nonprofit that works to rescue young girls from poverty in Liberia.

“Probably because of the work I did with the Nike Foundation years ago, I am of the belief that by educating and empowering girls, you can change the world, community by community, country by country,” Grossman said at the event in HSN’s New York offices, where the guests included Martha Stewart and Stephanie Greenfield.

More Than Me’s founder and CEO, Katie Meyler, brought the crowd to tears with her stories about the plight of children in Liberia’s slums and the organization’s efforts to build a school there for girls.

“For us, it’s not just about putting a kid in school, it’s about where will she go after she graduates — it’s nursing programs, it’s feeding programs, we provide uniforms and shoes,” Meyler said. “The whole entire girl is what we pay attention to.”