In Person: Jim Zwiers Reflects on his Mentors 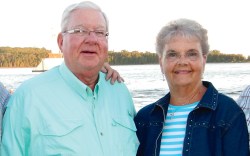 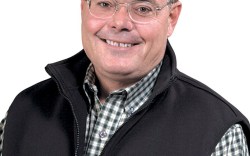 For Jim Zwiers, leadership means learning from every source you can. Here, the executive reflects on five of his biggest influences.

On Blake Krueger:
“Blake [president, chairman and CEO of Wolverine World Wide] sets big goals and big visions, and he encourages other leaders of the business to think big and drive big ideas. Blake’s persistence, that ability to stay on the task until the task is complete, is an incredible hallmark of his leadership style. And we talk about our people being our No. 1 asset, and Blake’s done an amazing job in providing opportunies for our team members and prioritizing that.”

On Tim O’Donovan:
“Tim [retired chairman and CEO of Wolverine] taught me to be nicer than anyone would expect you to be in any given situation. That’s not only who Tim is, it’s the way he operates. He uses that as a very powerful strategic tool to connect and achieve with people. And he’s an amazing operator. Tim taught me the value of operations and how operating discipline matters in business.”

On Bob and Carolyn Zwiers:
“There’s a number of things [my mom and dad] taught me. One is that you’re owed nothing. You need to make choices every day in terms of effort and in terms of preparedness, and to earn your opportunities. That still sticks with me today.”

On Jacques Lavertue:
“I met Jacques [former president and GM of Wolverine’s outdoor group] when I was an outside attorney working on the Merrell purchase. We had not purchased the brand yet, and my first vision of him is when we were driving from Montreal to Merrell’s offices in Vermont. We were in the backroads, we were probably doing about 80 mph, and Jacques was talking on a flip phone, smoking a cigarette and driving a stick shift, all simultaneously. It was fantastic. One of the important things to take away from that is when you’ve gotta lead, run even faster. Jacques wanted to extend that lead and not slow down, and Jacques ran scared every day.” (Editor’s note: Lavertue died in 2007.)

On Bill Brown:
“Bill [former president of Wolverine’s international group,] set a bar for international at Wolverine in terms of his impact, his partnerships and his integrity. The integrity with which Bill went about his work and the strong connections he had were phenomenal.”