In Person: Estepa’s Peers Sound Off 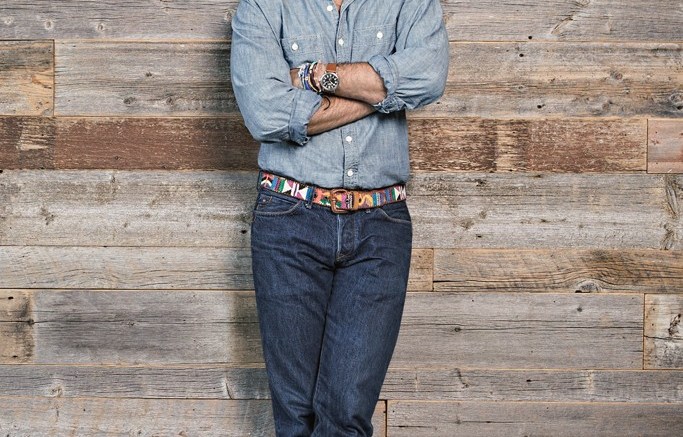 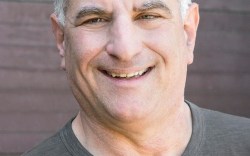 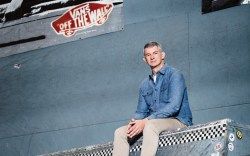 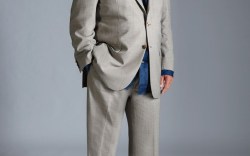 With a big heart and a warm personality, Jim Estepa has built a high level of confidence among his retail partners.

Blake Mycoskie
Founder, Toms Shoes
“I’ve always found Jim to be a great partner, but what really impressed me was his willingness to go on a Giving Trip with Toms to Honduras. He wanted to see first-hand what the one-for-one model was all about. He spent days on his hands and knees putting shoes on kids’ feet and giving them his heartfelt love. He won me over then.”

Steve Madden
Founder & chief creative officer, Steven Madden Ltd.
“I’m always surprised to learn Jim’s the president and CEO of [Genesco Retail Group], because he’s so genuine and down-to-earth. He’s a nice man and polite to everyone. He engenders trust, and vendors like [Journeys]. He understands the relationship with the vendors is as important as the relationship with the customers. He gets that link.”

David Allen
VP & GM of North America, Converse
“When I met Jim 22 years ago, I knew we’d be friends a long time. When I was at a [turning] point in my career, he offered me advice about which path I should pursue. Frankly, he’s one of the reasons I’m at Converse today. The most enjoyable thing about working with him is the amount of intelligence and insight he has about the industry. He’s all about gathering information and staying on top of the needs of consumers and shifting with the trends. It’s the reason Journeys and Converse work so well together. I flat out trust him. I always expect him to deliver on his promises, understand our common goals and help each other out. But his greatest contribution goes beyond selling footwear. He’s been an enormous supporter of the United Way partnership with Genesco and a believer in giving back to the community.”

Kevin Bailey
President, VF Action Sports & Vans
“As a retailer, I knew of Jim. But it wasn’t until 2009, when I became president of Vans that we became truly acquainted and have since built a strong relationship. Jim’s a competitive guy. He pushes hard to create opportunities as much for his consumers as for his business and its shareholders. He’s passionate about giving Journeys shoppers new and unique merchandise, as well as exciting them about their visit, whether in-store or online. Jim’s one of the most balanced leaders I know. He always seeks a win-win relationship. He’s smart, competitive, honest and fair. He never has a hidden agenda. He demonstrates this daily through the strong leadership team he’s developed.”

Bob Campbell
Chairman & CEO, BBC International
“We met in the 1960s when we both worked at Kinney Shoes. He’s always let people do their jobs and make decisions. He treats his team with respect and doesn’t micromanage. However, he [always] knows what’s going on and gets involved. He’s a good executive. He’s more than just a boss, but a friend. He [easily] relates to people. He’s one of [today’s] leading executives in retail. He’s a classy guy.”

Joel Oblonsky
President of Lauren & Polo Footwear Brands & Lauren accessories, Ralph Lauren Corp.
“We met when I joined Ralph Lauren 10 years ago. We had a small fledgling business together. He and I chose to meet to discuss the opportunities, [and the conversation] was open and candid. Today, we have a significant business together. Jim’s experienced but, at the same time, innovative and open to new ideas. He’s also thoughtful and approachable. When David Lauren was honored by the United Jewish Committee, I reached out to him and his team to donate to the cause. [He] flew a team in from Nashville and took a table at the event. He has a big job and is a busy guy. But he always takes [my] phone calls.”

David Suddens
CEO, Dr. Martens
“I’ve known Jim for 12 years, meeting him when I took over Dr. Martens. He’s one of the most committed, personable and honest CEOs I’ve met. He’s also approachable, direct and has a sense of humor. It’s quite something to maintain such drive and stamina. He embodies the success of Journeys and is known for creating loyalty and commitment within his teams. He’s created a huge and profitable business in the U.S., targeting the teen consumer. Now he’s going international with Schuh in the U.K. We recently had the opportunity to celebrate awards for eight Journeys regional managers in the U.K., as well as the long history between Journeys and Dr. Martens.”

Jeffrey Fitzhugh
VP of sales, Sanuk
“Whenever I walk into the Journeys building, I feel like I’m walking into someone’s home. Let’s face it, Jim’s not a hard-core skater, but he empowers his buying team to be an amazing skate buying team. They know that market better than he does. He believes in them and they feel it. I remember when Journeys was trying to get core skate brands — probably 10 or 12 years ago. Skate brands didn’t want to be in the mall. But Jim believed it was the right direction. It’s without question why Journeys is now the largest skate shoe retailer in the country. [He created] an amazing culture and company. His team not only looks at what’s best for Journeys, they look at what’s best for their partners.”

Solomon Dabah
President, Vida Group
“Jim calls every employee to wish them happy birthday because that’s how much everyone means to him. Jim started out with [a few Journeys] stores, so everyone who’s [with the company] has built the business with him. He doesn’t look at it as an individual task, but [one] everybody contributed to. He makes it a point that everyone [on his team] deserves special attention. That’s meant a lot to me as a principal of a company — [showing] how to treat fellow workers. He’s a man of his word.”

Jeff Taylor
SVP of global brand & marketing, DC Shoes
“I’ve known Jim since early 2000, when I worked with an upstart shoe brand. He helped create a footwear empire, but is equally successful as a family man, mentor and leader. He’s dedicated to his craft, but also loves to have fun and encourages that in his organization. He’s honest, a straight shooter and tells you exactly what’s going on — like it or not. On the flip side, he’s dedicated to finding win-wins with his vendors. He’s built an empire while retaining family values within [the company], and that’s not an easy thing to do.”