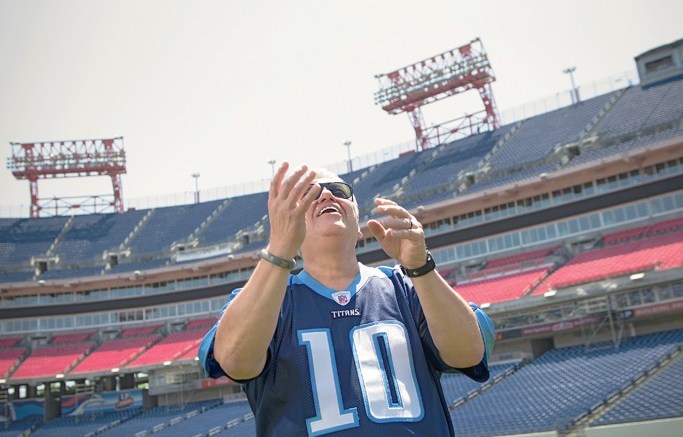 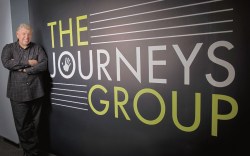 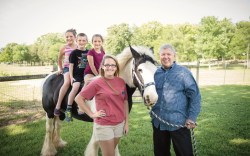 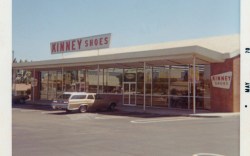 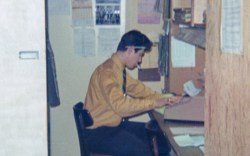 Forty minutes from the Genesco Inc. headquarters in Nashville, Tenn., Jim Estepa sits in the backyard of his sprawling 110-acre estate with his wife, Cindy, drinking a glass of pinot grigio pulled from the custom-made wine cellar.

As two Great Danes pace between the couple, Estepa appears at ease, but it’s clear he doesn’t intend to get complacent. In fact, the mastermind behind the wildly popular retail chain Journeys said he constantly thinks about work — and, perhaps more so, how to tap into the hot things teens are talking about.

His knack for knowing what’s next was apparent early in his career. Estepa, one of four boys raised in a middle-class family in California’s Santa Clara Valley, entered the retail business after high school in 1969, working as a salesman for Kinney Shoes Corp. Within a few months, he was promoted to store manager and soon after was elevated to district manager.

At Kinney, Estepa gained vast experiences in the footwear industry and benefited from access to some of the most innovative retail minds of the time, such as Cameron Anderson, who invented Foot Locker.

But after 16 years with the firm, Estepa was determined to try something new. He got the chance in 1985, when then-struggling Genesco hired him as its regional manager for the West Coast. Estepa found success there, too. Within six months he became director of operations for the company’s entire retail enterprise — a promotion that led him to move to Nashville.

“The determining factor for going to Genesco was that Kinney was at the top of its game — we were opening lots of Foot Locker stores, the Kinney business was thriving — but I felt like I could only contribute a small amount. Whereas with Genesco, the whole world was in front of us and I could contribute a lot. In those days, Genesco was in trouble. It was a challenge to come to work here, but I knew I’d have an opportunity to contribute in a big way.”

Indeed, he has. Since Estepa was named president of Journeys in 1999 (he also now holds the title of CEO of the retail group), the chain has been on a major growth spree. Journeys is on pace to near $1.5 billion in sales this year, controls more than 1,000 points of distribution and has expanded internationally in the U.K. with Genesco’s purchase of Schuh.

Here, Estepa reflects on running a billion-dollar business, lessons learned along the way and the one thing he’ll never do again.

With so much professional and personal success, what motivates you to keep doing this?
JE: Two things: First is my love of watching people grow and achieving their ultimate dreams. And I love growing a business. That is very challenging and rewarding for me.

You’ve been in retail for more than four decades. Does it still excite you?
JE: I’m a student of retail. I’ve done it my whole life. We are entering the most exciting time I’ve ever seen. What’s happened with the Internet, with the consolidation in our industry — whether with retailers or wholesalers — is presenting some of the most unique challenges I’ve ever seen. I believe the best is in front of us for Journeys. As long as I’m having a good time and working with the people I love, I’m going to keep doing this.

What’s the biggest challenge facing retail today?
JE: There’s no doubt everyone is trying to pursue omnichannel as quickly as they possibly can. As a retailer today, you have some unique challenges because every one of our brands is also in the e-commerce business, and [several of them] are in the retail business. We all have competition from the Amazons of the world, from the brands you partner with, and then you have competition from each other. On top of that, the U.S. is over-stored. Competition is good for everyone. One of our core values is for constant, never-ending improvement. This is a chance for us to get better.

What’s your proudest business accomplishment?
JE: It’s always been about milestones. Growing this business from one store into something doing well over $1 billion was a tremendous milestone. Getting from one store to 100, then 300, 400 and hitting 600 were all big moments. When we became a national retailer in all 50 states. Another professional milestone was when we bought Hat World in 2004 and then years later bought Schuh to become a global company.

Is there a secret ingredient to Journeys’ success?
JE: One reason for the success of Journeys from the beginning is that our employee is our customer, and we promote almost 100 percent from within. We are constantly bringing folks into the home office from the field so we never lose contact with what’s really going on out there.

How have teen shoppers changed?
JE: That consumer is probably more knowledgeable than they’ve ever been. Unfortunately, the unemployment rate of teens is hovering in that 25 percent-to-30 percent range. The teen customer has always depended on their folks for their footwear and clothing needs, for the most part. Mom and dad, even during the toughest times, would do without things for themselves to make sure the kids had what they needed. There was a time when all the kids went to work during the summer and everybody had a job, had their own spending money. It’s been hard to return to those days. I don’t think we have since the recession.

You’ve lived through many economic cycles. What did you learn during the most recent downturn?
JE: The biggest thing that helped us during the recession — and why we did well during it — is that there were several items that were in the wheelhouse of the teen that were affordable. Converse Chuck Taylors, Vans, Toms — those are all $50 products that were in high demand and were perfect for weathering the recession.

The best piece of business advice anyone ever gave you would be?
JE: Don’t ever let the sun set without teaching somebody something. I’ve lived by that for a long time. Another piece of advice that drives me: Each day, try to make a difference in the lives of the people who are important to you.

And your advice to the generation just starting out?
JE: Your success is going to be determined by the ability to surround yourself with people who are as passionate about the business as you are. … As a manager, you have the ability to recruit, train, develop and inspire people to achieve something bigger than themselves. I’m a big believer in hard work. I don’t think anything comes easy.

Any weaknesses?
JE: I’m very demanding, but I don’t think that’s bad. I feel like my love for my team allows me to be extremely demanding. In reality, I look out for them more than anybody else. I could certainly be less hands-on. I probably work harder than I should and put in more hours than I should. Anybody who has these jobs, your family life will always suffer to some degree. Thank God I have a wife who allows me to do what I do.

What was your toughest business decision?
JE: The toughest decisions always revolve around people. When you hire somebody or you maybe promote someone over their heads — you have to back up a little bit. Those are always hard decisions. The sooner you can come to grips with them [the better]. And in most cases, the people are not bad. Everybody wants to do a good job. Sometimes you have to take a step back and redeploy them into a position they might be more qualified for.

How hard was it to live through the legal drama between Genesco and Finish Line after the botched merger deal in 2008?
JE: I learned that I don’t want to go through that again. We spent a year in depositions and in court trials. Bob Dennis, [Genesco CEO], and Jim Gulmi, [Genesco CFO], and I were called to testify over it. It was a monumental distraction for our entire team. Even though we were the ones who went to trial, the amount of work done in here getting ready for that involved everybody. It was a tough situation for everyone concerned — on both that side and this side. Glenn Lyon, [Finish Line CEO], is a friend of mine. We all know each other. I’m glad we didn’t merge the companies. Both of them are a lot better today than they ever would have been together.

Did you think you’d be this successful in your career?
JE: No, I’m not sure anybody ever does. Success comes over time. And quite honestly, you value success by moments in time. I don’t think I ever dreamt we’d have this kind of success. I’ve been very fortunate. In my early days, I just wanted to be a store manager, and then maybe a district manager. I don’t think anybody through their career thinks that eventually I’m going to be the CEO, or build a billion-dollar company. To go from one store and a concept to $1 billion is a remarkable accomplishment for all of my team. To be able to share it with them has been the best.