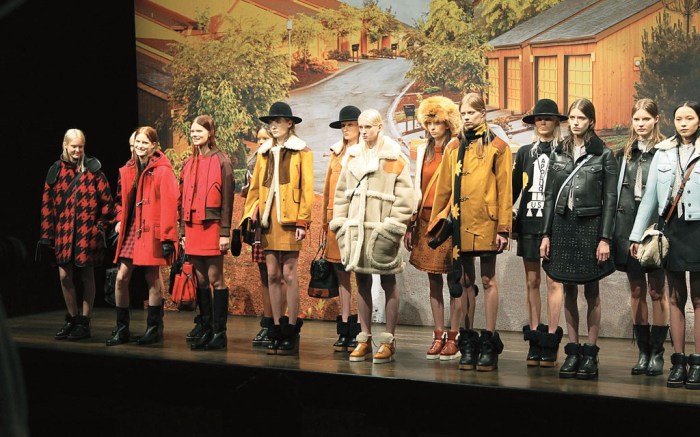 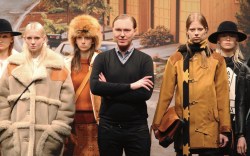 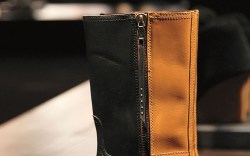 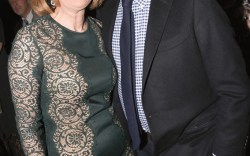 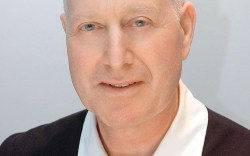 Put Me In
Coach has a new coach. Stuart Vevers, who whipped both Mulberry and Loewe into shape before decamping to the all-American lifestyle brand, was on hand to debut his first full collection since being named executive creative director last year. As Spy sat down with him on plush black shearling benches (customized by the designer to coordinate with the runway footwear), Vevers gave us the scoop on fall ’14.

How has your design point of view changed since moving from Madrid to New York?
“I am so inspired by New York’s energy and the style of the girls I see on the street. But even before I took on this new role for Coach, I had done quite a bit of traveling around the country. That’s distilled into this collection, which I pictured as starting off and finishing back here in the city.”

Shearling abounds in this collection. Is it in response to this winter’s polar vortex?
“Well, I’ve always loved a bit of shearling for fall. For instance, I wanted to do my own version of the American trench. Something about the proportions when done in a shearling felt very right.”

You incorporated it in the shoes as well.
“Oh, yes. For the footwear, I wanted something really elemental with a luxe practicality. We are calling these styles the Rhyder boot, Lynea Urban Hiker and Steph Moccasin. They are really about all-weather, comfort and heritage.”

In Crowd
Liz Rodbell has friends in high places. Rodbell, president of Hudson’s Bay Co.’s. department store group, drew an impressive crowd to celebrate her recent promotion, despite grizzly winter weather in New York last week. The lady of the evening chose Christian Dior pumps, but admitted her secret to braving the storm was a quick shoe change. “I have a beautiful pair of Aquatalia boots downstairs,” she said. Steve Madden and wife Wendy were two of the many executives who came to show their support. “Liz and I are good friends. Her kids babysat for my kids,” Madden said. The exec was eager to hit New York Fashion Week, particularly to support design partner Betsey Johnson. “Her shows are great, fun and humorous,” he said. And after New York, he’s off to Sin City for FN Platform. “I’m going to hang out with my buddy Tony Hsieh,” he told Spy. More power couples rounded out the mix, including Vince and Louise Camuto, and Sam and Libby Edelman. But the celebrations won’t stop there. Rodbell is off to Toronto soon to celebrate with her Hudson’s Bay partners.

Dune’s New Digs
Priority mail, please. The Dune Group opened its first New York showroom just in time for FFANY, and the London-based footwear firm’s founder and executive chairman, Daniel Rubin, said that was no small feat, given that many of the materials — including the flooring — were shipping in from the U.K. “We built our showroom in the U.K. in a few months, but this took much longer,” Rubin told Spy at the opening soirée for the firm’s 1370 Avenue of the Americas spot. But the plan paid off, as the Manhattan aesthetic is consistent with Dune Group’s posh British home. Rubin said sartorial style in Europe and the U.S. is becoming increasingly similar. “Every year I come [to America] the fashion is more global,” he added. When the executive gets some downtime here, however, he likes to indulge in a few things that are uniquely New York. “The restaurants [in Manhattan] are fantastic,” he said. “I’m a real foodie.”

Sonny’s Surprise
“There is no way we could not celebrate the contributions Sonny’s made and the friends he’s made along the way. He’s fantastic,” said Brown Shoe President and Chairman Diane Sullivan, who hosted a surprise party last week for her good friend Sonny Shar, the non-executive chairman of Pentland USA, to celebrate a Two Ten Footwear Foundation scholarship in his name. (For more on his surprise, see page 56.) Carrie Rubin, president of Pentland USA, noted every day was a delight with him at the office. “Sonny is a great guy and loved by so many in the industry. It’s great we can honor him,” she said. Bob Campbell told Spy he wouldn’t have missed the chance to surprise Shar. “I’ve known Sonny for more than 35 years,” said Campbell. “I love you Sonny, you’re a great guy and true friend to a lot of people.”

Winter Woes
Longest winter ever? Puma NA chief Jay Piccola isn’t sweating it, even as the snow dumps down on Boston. His secret? A few strategically planned golf trips to sunny destinations. “I can call them up on my screen and just imagine — and tell myself that in 30 days, I’ll be there,” he said.

Spotted…
Manolo Blahnik signing shoes for a packed crowd at Barneys New York. “My spring line was inspired by Caribbean colors,” he said at the event last week. “On a wintery day like today, we need to color up!”